A Guide to recognising and detecting Windows partitions in Linux

Of the many users who use Linux also have Windows installed on their systems due to obvious reasons such as some hardware and may be gaming. Even I have both Windows 7 and Ubuntu Jaunty on my laptop. Well, new linux users often complain that they cannot figure out which are Windows partitions and how to recognize them while working in Linux. In this guide we will tell you about various ways in which you can recognise and detect Windows partitions in Linux so that you can mount them easily.

In GNOME, you can launch GParted from System > Administration > Partition Editor. We would like to warn the readers that GParted is a very sensitive tool that deals with partition management on your computer, so it is advised you do not fiddle arround with the settings in GParted once it opens.

In GParted there are various columns of which two are Partition and Filesystem. We are required to deal with these two columns only. Each enad every entry in the Partition column has a corresponding entry in the Filesystem column. The Filesystem column will have entries like ntfs, extended, ext3, vfat and more. Both vfat and ntfs refer to your Windows partitions. So any partition which has a corresponding filesystem entry of vfat or ntfs is a Windows partition. Check this screenshot below. 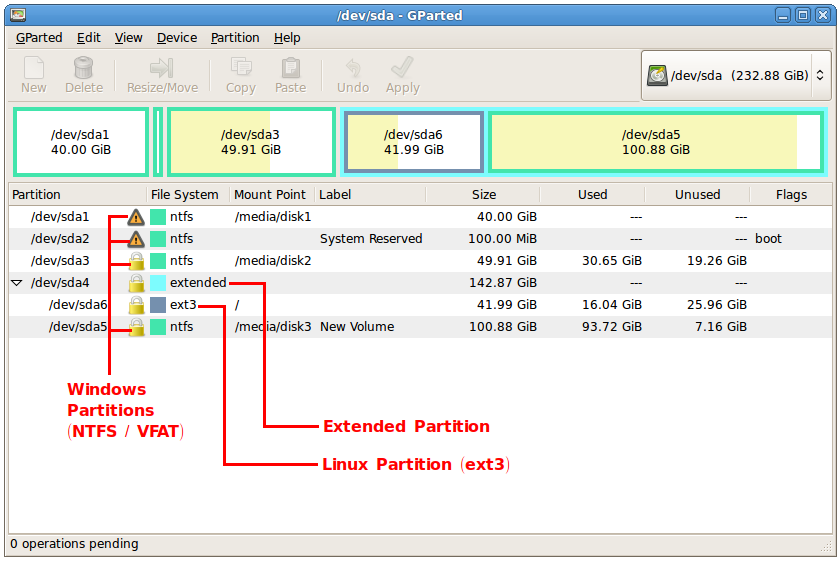 You can use a command called fdisk as root in order to see the partition structure from your Linux system. The command is to be used as root:

Check this screenshot below: 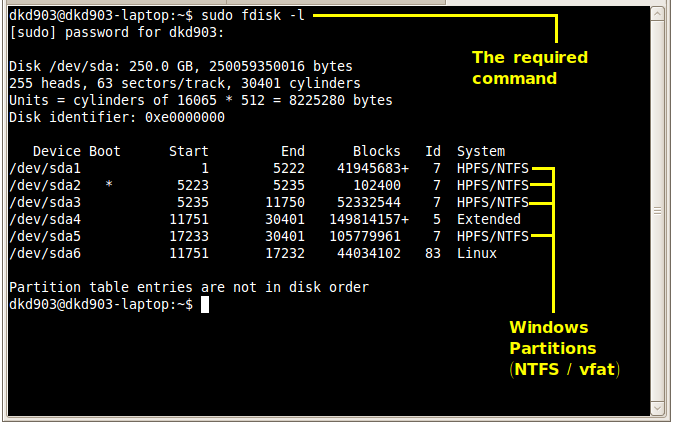 A Guide to recognising and detecting Windows partitions in Linux was originally published on Digitizor.com on October 29, 2009 - 6:10 pm (Indian Standard Time)