You Are Here: Home » Linux » Opinion

Why Corporations Favor The Apache License Over The GPL/LGPL 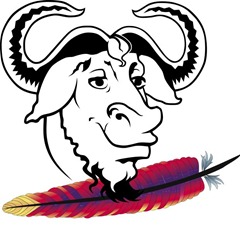 The GNU/LGPL is very popular among independent developers and companies which mainly deal with open source software. The Apache License, on the other hand, is favored by the big corporations for their open source projects.

Let us examine why these corporations stay away from GPL and favor the Apache License.

This is what Section 4 of the Apache License version 2.0 says:

You may reproduce and distribute copies of the Work or Derivative Works thereof in any medium, with or without modifications, and in Source or Object form, provided that You meet the following conditions:

The only requirements are that proper attribution must be provided and that the Apache license should be included with the redistributed software.

This license gives huge leeway to anyone who wants to use the Apache license codes in their products. They can cherry pick what they want from the codes that the community has built, make their own improvements/changes over it and then release it as their product. They do not even have to release the modifications they have made to the code – but they generally do, albeit a bit late, so that the community of developers do not go on an altogether different path.

The GNU General Public License on the other hand is a much more restrictive license. The main idea behind the GPU is freedom of the software.

Here is a part of Section 6 of the GNU General Public License version 3:

If you convey an object code work under this section in, or with, or specifically for use in, a User Product, and the conveying occurs as part of a transaction in which the right of possession and use of the User Product is transferred to the recipient in perpetuity or for a fixed term (regardless of how the transaction is characterized), the Corresponding Source conveyed under this section must be accompanied by the Installation Information. But this requirement does not apply if neither you nor any third party retains the ability to install modified object code on the User Product (for example, the work has been installed in ROM).

This part is the main reason why many corporations avoid the GPL. This is basically what this section means:

The case of Android provides a very good example of the differences between the leeway that a corporation can get because of the Apache license and the GNU Public License.

As you might be probably aware, Google has not yet released the complete source code of Android 3.0 “Honeycomb”. This is possible because of the Apache license.

The Apache License also allows the Android handset manufacturers to not release the source code of Android that is running on their phone. (Every manufacturer modified Android based on its need and hardware they are using on the phone.) It also allows many manufacturers to lock the bootloader of their device. Had it been licensed under GPL, locking the bootloader would not have been possible because of the tivoization clause included in Section 6 of the GPL (also quoted above). (I am not sure if locking the bootloader constitutes GPL violation because of the presence of the Linux kernel.)

Disclaimer: Anything mentioned in this article should not be considered as legal advice.

Why Corporations Favor The Apache License Over The GPL/LGPL was originally published on Digitizor.com on July 18, 2011 - 2:08 am (Indian Standard Time)