You Are Here: Home » Android » Opinion

The Lies Behind The 40% Return Rate Of Android Phones 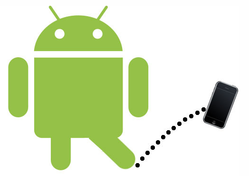 A while back, I read something amazing on Twitter. Someone has tweeted an article at TechCrunch which claims that the return rate of Android smartphones are in the range of 30-40%. That is an outrageously huge return rate and I find such number hard to belief. However, being a long time reader of TechCrunch, I knew that they usually have some reliable source or data to back up their claim.

Hers is a line from the article:

The article is titled as "Android’s Dirty Secret: Shipping Numbers Are Strong But Returns Are 30-40%". The title implies that Android manufacturers are facing a 30-40% return rate. However, if you read the above line from the article carefully, the 30-40% return rate is only for some devices not all Android devices. This is not surprising at all since the fact that Android is available to anyone means that there are a lot of devices from many no-name brands. Many Android devices are released with half-baked support and features. There are many devices which has not even got Google's approval to install the Market app.

Does it really mean anything to compare the return rates from such no-name brands to that of the iPhone? The comparison is as valid as comparing the Tata Nano to the Ferrari F60 - there is no point in comparing the sales of these two cars. If at all they want to make a comparison, comparison with Android superphones like the Samsung Galaxy S II would have been more appropriate.

Now there is the matter of the source of the information and data to back up the claim. The article mentions "a person familiar with handset sales for multiple manufacturers" as the source for that information. It does not offer any further data to back up the claim. It would have been at least a little credible if the name of the handsets which have the 40% return rates are mentioned. No the article does not mention that as well. Instead it mentions something about the sales figure of the Samsung Galaxy S II for no reason at all.

I do not find it difficult to believe that Android devices have a return rate higher than the 1.7% of the iPhone. However, to claim an outrageously high number such as 40% requires a similarly outrageously reliable data and source to support it. The simple fact is that if Android devices are being returned at such rate, companies like Motorola, HTC etc. would have been in a worse state than Nokia already.

The Lies Behind The 40% Return Rate Of Android Phones was originally published on Digitizor.com on July 26, 2011 - 7:55 pm (Indian Standard Time)