Miley Cyrus and The Tech Blogs 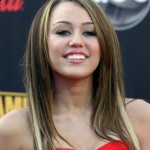 Who would have ever guessed that Miley Cyrus, the star from Disney's show Hannah Montana, would be the subject of discussion in any website other than some celebrity gossip sites? Well, surprise, surprise, I have been been seeing post about Miley from the most unexpected sources (read the tech blogs) after she deleted her twitter account.

When she deleted her twitter account and a huge number of the supposedly non-existent teens started tweeting about it so much that it makes it to the trending topic, it is understandable that tech blogs covers the news after all it is still news.

Now the weirdest thing is what has happened today. Miley made a video rapping about why she left twitter and tech blogs wrote articles about it. Has Miley won some new fans from the geeks community? Either way her leaving twitter has strangely resulted her getting some attention from sources (like TechCrunch, Mashable, Robert Scoble and now Digitizor) she would have never got otherwise.

Here is the video of her rap:

Are you a fan now?