You Are Here: Home » Linux » Opinion

It has been two full months since Ubuntu 11.04 “Natty Narwhal” was released with the new Unity user interface. With Unity, Canonical has taken a very drastic step and cut down on a lot of customizability that many power users would want. Understandably, many proclaimed that Unity is the best thing that Canonical has ever done. There was even an article claiming that Ubuntu is on a decline due to Unity.

About a month ago, I too believed that the decision to have Unity as the default user interface is the worst one Shuttleworth has ever taken in regards to Ubuntu. I hated the fact that the Unity launcher is so damn unconfigurable – there is no easy way to change the color or to change its position. I hated that the Unity panel no longer supports the applets. I did not like the AppMenu. I hate it so much because it sometimes goes unresponsive for no reason at all. And most of all, I really dislike Unity when I plugin my external monitor – it is not possible to have the launcher on both the screens and it is extremely difficult to use applications like Gimp because the menu bar on the AppMenu is so far away from the work area. 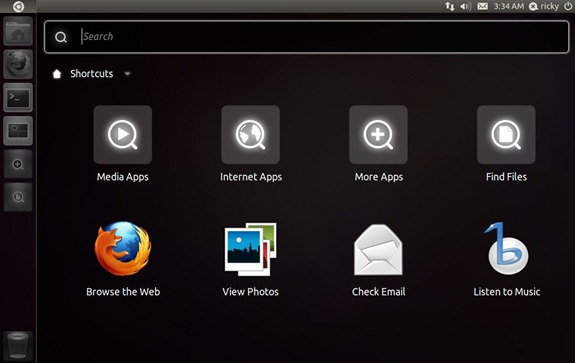 Now, though, my view on Unity is changing. I still do not like it but I can now appreciate the thoughts that went into the development of Unity. Although Unity in Ubuntu 11.04, has a lot of problems in the way it is implemented, I think that many elements (with the exception of the AppMenu) actually makes sense design wise. For example, the Dash makes much more sense than a menu – it is a much faster way to get to an application. Unity was never meant for power users who like to tweak everything about the system. It is meant for the normal users who just want a computer that looks good and works well.

I have gotten three people – two of them Mac users and a Windows user - to try out Ubuntu 11.04 in the last two weeks. All of them are just the average computer user who uses the computer to just browse the internet, listen to some song, watch a few movies etc. Interestingly, all three of them liked Unity. They simply did not care that they cannot change the launcher position or that they cannot add applets to the panel. To them, it works, the Unity dash is very easy to use and it looks clean and pretty.

I am not sure if they are still sticking with Ubuntu, but Ubuntu did make an impression on them and that is what Mark Shuttleworth is aiming for. He wants Ubuntu to impress the normal users and convert them to Ubuntu users. He himself has gone on record saying that he is aiming for 200 million Ubuntu users by 2015. Ubuntu is not going to get to that number by being attractive to the Linux power users and developers only. They need to get new users by converting Windows users and to a lesser extent Mac users – and Unity is Shuttlewoth’s best bet on doing that.

Why Unity Will Become The Best Thing That Has Ever Happened To Ubuntu was originally published on Digitizor.com on July 4, 2011 - 3:38 am (Indian Standard Time)