back grounds. Some days back we told you about the Windows Azure Companion using which you can easily deploy a large number of open source content management systems such as Drupal, Joomla & WordPress on your Windows Azure platform.

In order to make the Azure Platform more attractive for developers, Microsoft today announced the launch of it's Windows Azure Toolkit for developing Social Games. The social gaming scenario is hot right now with games such as Angry Birds and the Heist selling like hot cakes in various app stores, Microsoft is taking advantage of this fact for good.

The Windows Azure Toolkit for Social Games has the following components

The best part about this toolkit is the inclusion of a full fledged proof-of-concept game called Tankster . With this game, developers can easily understand the nitty-gritty involved in building a complete game and deploying ti on the Windows Azure server. The game is built using latest HTML5 semantics and developers are allowed to freely look at the source code for learning purposes. 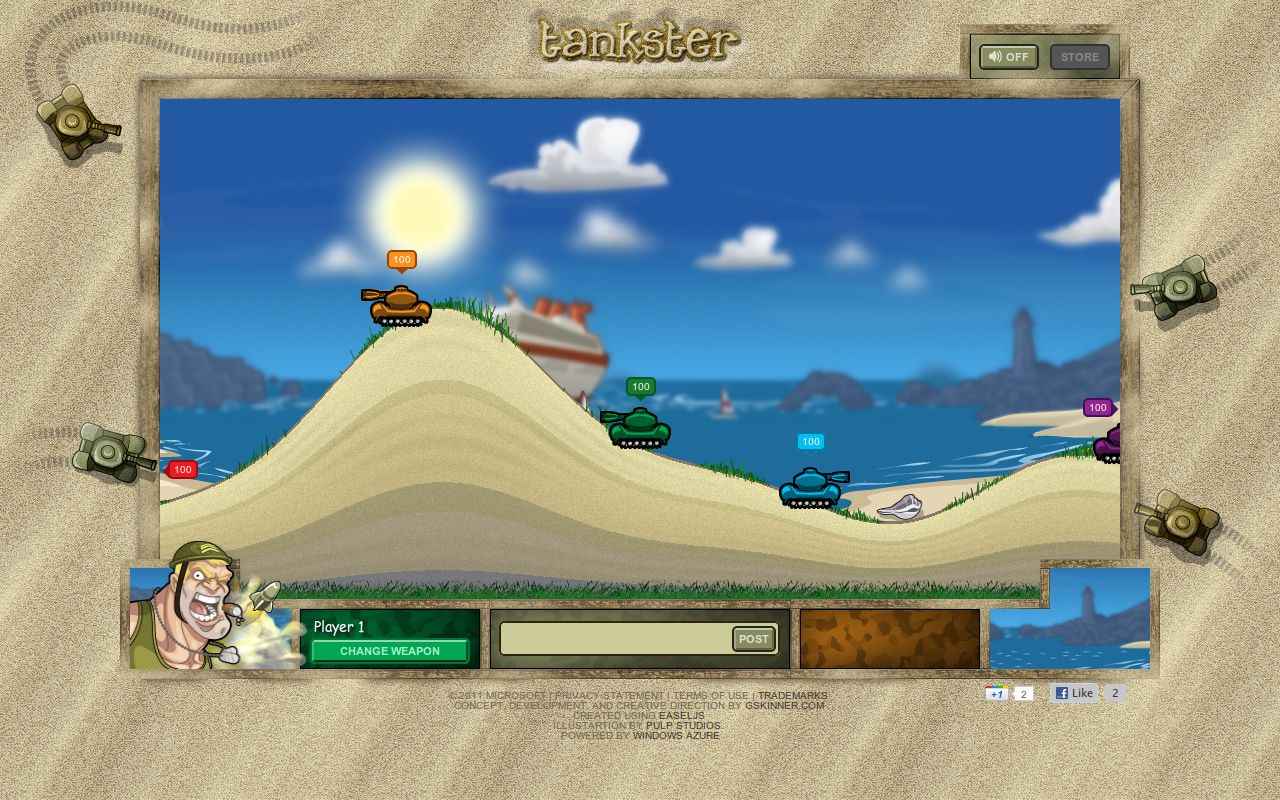 The Windows Azure Toolkit for Social Games is currently available for .NET and HTML5 platforms but Microsoft does have plans to release support for more platforms in the future. It also provides game developers with on-demand compute, storage, content delivery and networking capabilities so that they can focus fully on development.