10 Best Screenlets for your Ubuntu System

Screenlets are small widget-like applications for Linux. Currently, it is in version 0.1.2. Here is a preview of an Ubuntu system with Screenlets: 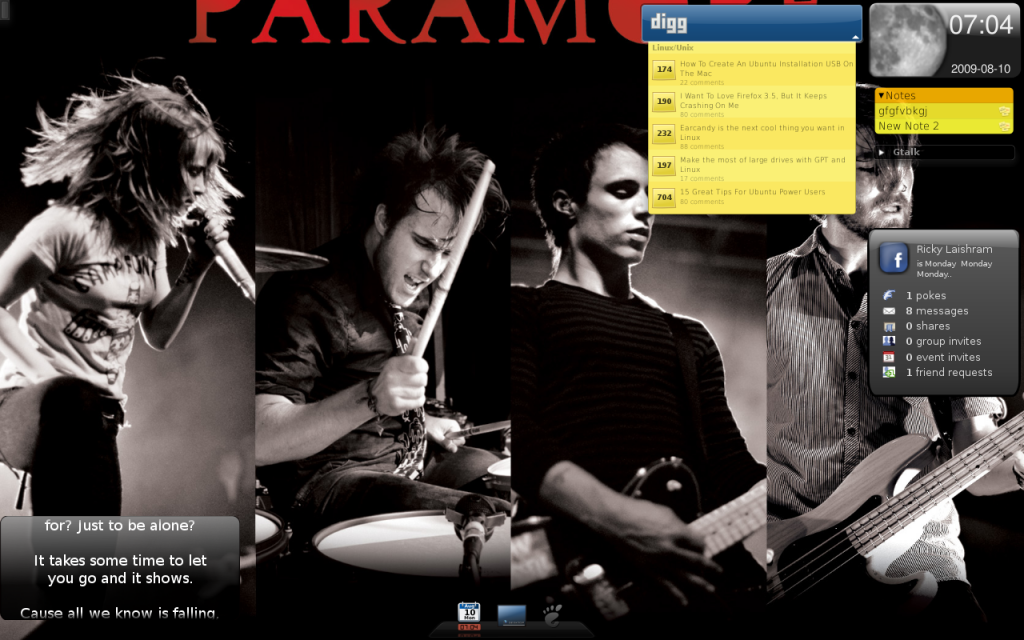 Screenshot of a desktop with screenlets

In this article, we present to you, 10 screenlets which we have picked to be the best. Although, most of the things mentioned here refers to an Ubuntu system, they are also applicable to most of the other Linux systems. 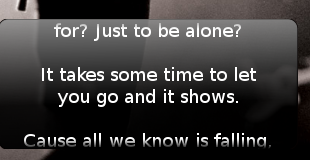 the name, is a screenlet to display lyrics of your currently playing track. It supports most of the popular music players like Amarok, Rhythmbox, Audacious, Banshee, Exaile, etc. This is one of the most impressive screenlet we have seen. It does not just display the lyrics; it actually follows the song and displays the appropriate lines according to the song, and it does this very accurately. Currently it is in version 0.4. More informations and the download link can be found here. 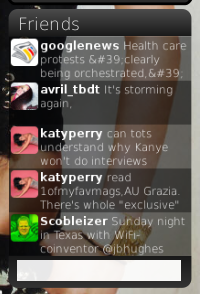 Facebook: This screenlet can be used for updating your Facebook status and provides other informations like messages, shares, pokes, invites, etc. Although it was a bit sluggish when we tested it, it is a still a very good screenlet. It can be downloaded from here. 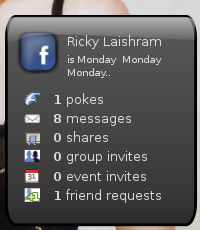 PidginScreenlet: This is one of my favorite Screenlets. As you can see from the screenshot posted at the top, i have removed all the the panels and so i use this screenlet for Pidgin. It is a very solid screenlet and works without any hitch. You can download this screenlet here. 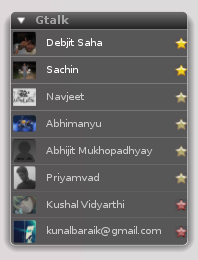 TomboyScreenlet: There are a number of screenlets for taking notes out there, but none of them are as impressive as TomboyScreenlet. It is just a screenlet which uses Tomboy Notes, which comes preinstalled with Ubuntu. And best of all, you do not even have to download this as it is installed by default with Screenlet.

Digger: Digger is a Digg Screenlet. You can set the set the digg container and topic. You can also set the number of diggs you want to display. To use this screenlet, you can download it from here. 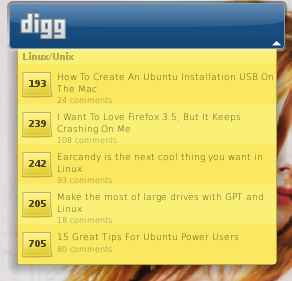 Radio Screenlet: As the name suggest, this is a screenlet to play internet radio. It comes preset with 20 radio stations and more can be added. This screenlet used mplayer and so you need to have mplayer installed to us this. Download Radio Screenlet from here.

CPUPingu - One of the 3 Pingus

3 Pingus: This is actually three screenlets packed as one. It consists of a CPUPingu - a CPU meter, TemperaturePingu - a CPU temperature meter and WirelessPingu - a wireless connection strength indicator. While they do not differ from any other screenlets of these types, they are represented in the form of penguins which will definitly appeal to the Linux fan. Download it here.

Folderview Screenlet: This screenlet is for those Gnome users who wants the folder view plasmoid in kde. While it still has a few bugs, it is a cool screenlet which deserves a mentioned in the list. You can download it from here. 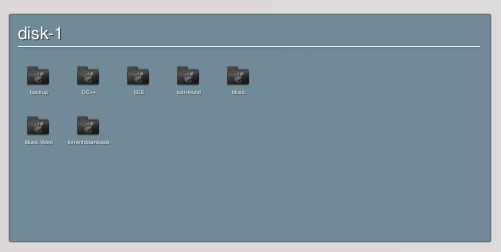 10 Best Screenlets for your Ubuntu System was originally published on Digitizor.com on August 10, 2009 - 7:35 am (Indian Standard Time)