160by2, the popular text and bulk messaging service has been acquired by Way2SMS, another top messaging service. The rumor was around for about 4 weeks that Way2SMS is in talks to acquire 160by2, but nothing was confirmed. However, the whois.net data of 160by2.us shows the server name as NS1.WAY2DNS.NET, with the administrative contact listed as Suresh Uppalapati who works for Way2SMS. 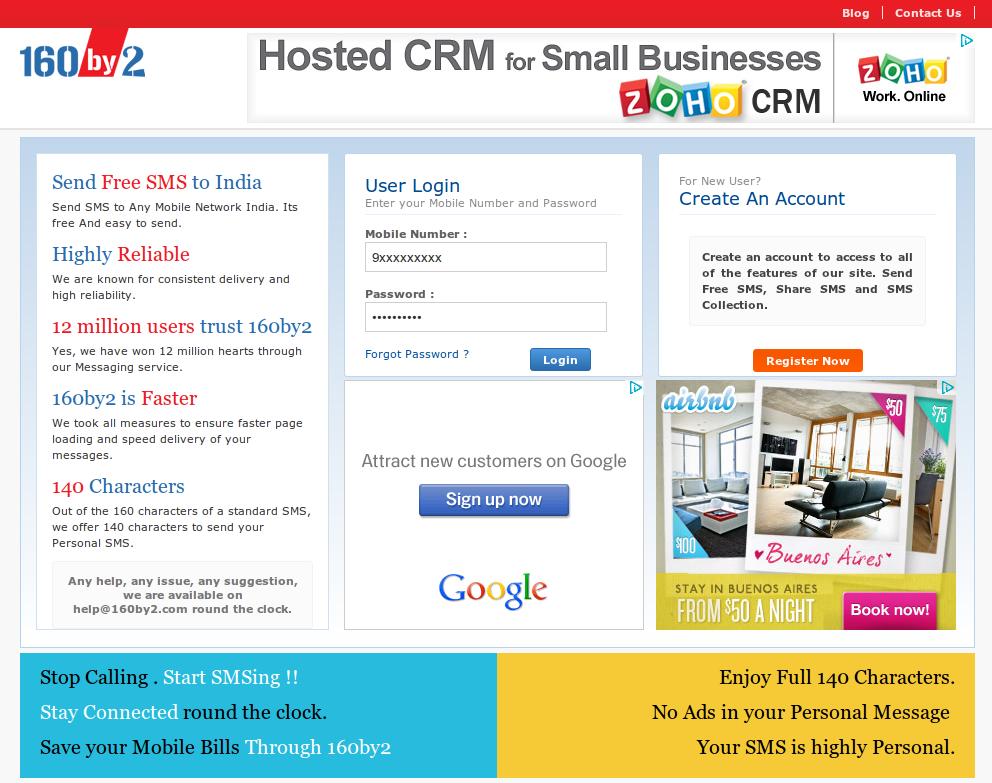 Adding to the above details, 160by2 was using Way2SMS’ zedo channel on its site. Earlier Way2online.net had a link to 160by2.us as well, but that was removed. Raju Vanapala, Founder and CEO of Way2SMS had mentioned last week that the formal announcement would be made on January 3.

A look at the 160by2 website now only reinforces the official confirmations, since the new design of the website is now all too similar to the Way2SMS design.

Messaging Service 160by2 Acquired By Way2SMS – Competition Killed? was originally published on Digitizor.com on January 12, 2012 - 2:08 am (Indian Standard Time)