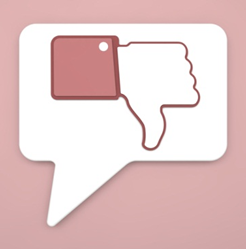 Social media, as many of you know, can be a powerful tool. However, like a car, it must be wielded by someone who knows its capabilities and inner workings. When used incorrectly, this tool can prove devastating.

There are plenty of examples of when the use of social media has not been thought through:

This British holiday firm failed to take advantage of a clear PR opportunity when a man named Thomas Cook contacted them via Facebook. He asked for a free weekend in Paris for the years of free advertising his name no doubt brought about. They abruptly declined.

In stepped rival holiday firm Lowcostholidays who displayed a lot of media savvy and offered a better deal for Mr Cook, which he happily took. Engagement went through the roof as Thomas Cook (the business, not the man) took a great deal of negative hits for failing to grasp this amazing promotional opportunity.

Staying in Britain, it seems politicians have no clue about the influence of social media or the impact it can have on their reputation. Former Deputy Prime Minister John Prescott embarrassed himself greatly when he tweeted a comment regarding Tory minister Grant Shapp’s new website.

When he felt compelled to mention that the adverts about Thai brides on his site wasn’t in keeping with British political decorum, Shapp’s promptly informed Prescott that his adverts were specifically targeted for the user, based on their previous browser search history.

With telecommunications becoming so advance, the world is fast becoming a much smaller place to be. Instant information means that those who have power and influence need to understand the consequences of their actions. Even those who don’t need to be aware that anything they type, images they take or opinions they voice can be heard and shared by anyone now.