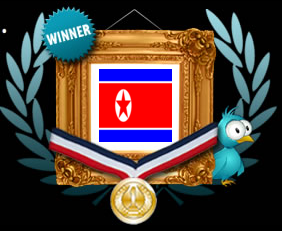 After the YouTube hack, 4chan strikes again! And this time 16 year old pop star Justin Beiber is at the receiving end yet again.

Hoping to spread the singer's popularity in other countries too, Bieber's management came up with an apparently brilliant idea to let people vote on which country he would go to for his tour. Thanks to the people at 4chan, North Korea is currently leading the poll by some thousand votes over Israel with just about 20 hours to go. Unless Israel pulls a 4chan, which will not happen, North Korea will end at the top.

The funny thing is no-one in North Korea probably know who Justin Bieber is. Their access to western media is non-existent and they do not get internet access in North Korea. It will be interesting to see if Bieber really goes to North Korea.

This is not the first time that Bieber has been at the receiving end of a 4chan prank. Looks like they don't like Justin Bieber a lot (and who can blame them).