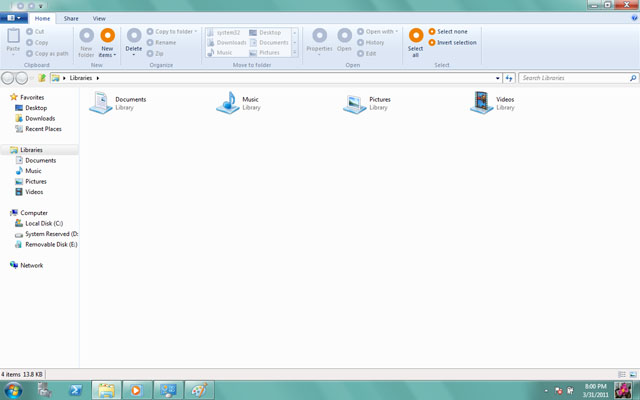 The Ribbon UI in Explorer

A couple of weeks after a Windows 8 Milestone 1 build was leaked, another development build of Windows 8 has been leaked. This time it is a Milestone 2 Build with version number 7955.

Currently the Windows 8 development has progressed much ahead of the Milestone 2 and the leak is not an indication of the state of Windows 8 right now. However according to the anonymous leaker, features which we have talked about earlier like the Ribbon UI are present in this build.

The build was leaked on a private FTP server and, although it is not yet available on torrent, we expect it to show up in the next few days. However we advise our readers to not install and use it for work, should they download it, since such leaked builds could have malwares.

[via The Next Web]