Is Apple Throttling Performance Of Web Apps In iOS? 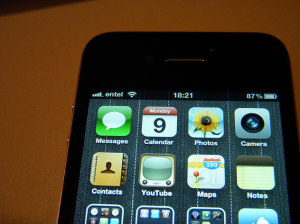 Apple is basically using subtle defects to make web apps appear to be low quality – even when they claim HTML5 is a fully supported platform.

Unlike native apps which have to be developed separately for each platforms, web apps has the advantage that they can be developed once and can be run in Android, iOS and any other platform that supports HTML5. More importantly, web apps do not have to pass through Apple's App Store - thus eliminating the fee that Apple would have taken if it were a native app.

So, Apple has some financial gains to make by forcing developers to make native apps instead of web apps. However, there is also indication that point to suggests that this is a bug and Apple did not do this intentionally. This issue affects iOS's UIWebView API as well. UIWebView is used by native apps to offer web contents inside native apps. As Apple already takes their cut from native apps, there is no point for them to intentionally cripple performance in the native apps as well.

I am no Apple fan and generally do not like many of the things they do. But, in this case, I do not think that Apple is doing this intentionally. In my opinion, there is no conspiracy here and this is just a bug.

What about you? Do you think that this is just a bug? Or is this a conspiracy by Apple to force developers to develop native apps? Let us know your thoughts.

Is Apple Throttling Performance Of Web Apps In iOS? was originally published on Digitizor.com on March 15, 2011 - 7:42 pm (Indian Standard Time)