8 New Features Worth Noting In ASP.NET 4.0 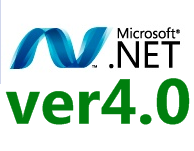 The .NET Framework is a Microsoft offering and is intended to be used by most new applications created for the Windows platform.﻿ It includes a large library of coded solutions to common programming problems and a virtual machine that manages the execution of programs written specifically for the framework. Recently, ASP.NET preview version 4.0 was unveiled by Microsoft. The current stable release is 3.5. In this article we will tell you about a few new features and enhancements in ASP.NET 4.0

Here is a listing of the new features and enhancements in ASP.NET 4.0:

Thanks to the much needed improvements in Cache, Session and ViewState in ASP.NET 4.0, you can now store data in any of the following cache storages:

Using ASP.NET 4.0 Cache API you can design and implement your custom cache storage provider easily in your application's web.config file. For example:

There is also notable improvement in View states as stated in a CIOL Blog Post: