How To Convert Wiley Online Library Citations To BibTex Or Latex?

Wiley Online Library is one of the best content platforms out there for scholars, researchers, scientists, clinicians, business professionals and information specialists. It has a wide range of documents ranging from authoritative reference material to cutting-edge scholarly research.

In this article we will tell you about a small but very powerful Linux utility that will help you to convert the citation files to a much  widely accepted BibTeX format.

The command line utility is called wiley2bibtex.  It is a simple shell script that converts citations downloaded from http://onlinelibrary.wiley.com/ to BibTeX format. 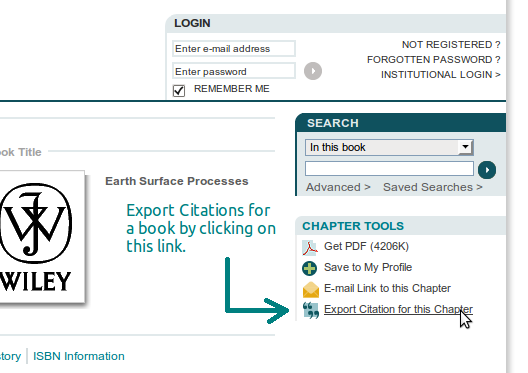 Using wiley2bibtex is simple. Since it is a command line script you have to change the downloaded file to an executable script. After this all you need to do in order to make the conversion is specify the name of the input citation file and the name of the output file that you may want. Here is an example of how to do it:

How To Convert Wiley Online Library Citations To BibTex Or Latex? was originally published on Digitizor.com on January 11, 2011 - 1:07 am (Indian Standard Time)