Dell has launched an unique contest for school going children in India in collaboration with Microsoft called the ‘Study Buddy Program’ which helps students to explore various ways in which they can make the use of technology to do their day to day things more effectively. 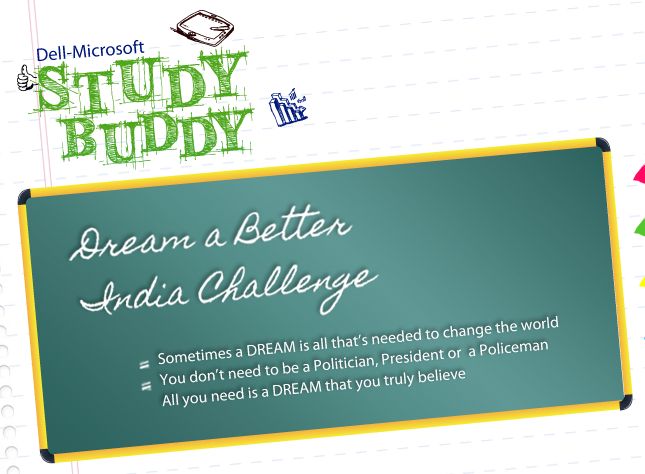 Initially we thought the program would be some kind of an assisted help study but it turns out that "Study Buddy" is a contest that will be help in 8 cities across India. The participants will be students between class 6 and 10. Students will be required to submit a short essay about their dream idea which will then be evaluated by local judges.

Students will have 30 days to work on this essay and will be required to make use of tools such as Microsoft Office suite, such as Microsoft PowerPoint, Word, and Excel to draft their essays after which they have to submit their entries at the Dell stores in their respective cities. Top 10 entries will receive a scholarship from Microsoft as well as Dell and a Dell Inspiron All-In-One each.