You Are Here: Home » Gaming

This is the third part of Digitizor's 25 Most Influential Games. In case you missed the first two, you can check them out here - Part-1 Part-2.

Alright then here are the next five games, making it a total of fifteen. Doom

Doom is one game that needs no introduction. It is perhphs the most influential of all the games ever made. The immense popularity of the First Person Shooter genre may be attributed to Doom. Released in 1993 by id Software, Doom was one of the first games to use immersive 3D graphics. Another main reason for Doom's cult like status was the fact that it was released as a shareware, which means that it is legal and even encouraged to share the game. Another feature on Doom was the support for creation of custom levels. On another note it was also one of the most controversial game due to its graphic level of violence.

Ever heard of Dr. Gordon Freeman? If you call yourself a gammer you should know who he is. Well, if you don't know, he is a theoritical physicist and the character you play as in Half-Life. One notable difference of Half-Life from other games of the time was the absence of cut-scenes and levels. In Half-Life scripted events are introduced to replace cut-scenes, which means that the player never looses the first person view throughout the game. It one of the best critically acclaimed FPS game. 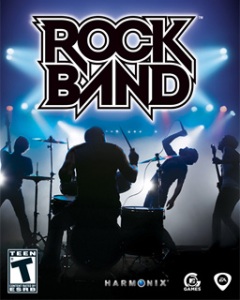 Rock Band as the name suggest is not the typical games where you kill your enemies to win. It was developed by harmonix Music Systems and released in late 2007. In Rock Band, you play as the member of a rock band and, well, rock. The main difference of Rock Band from Guitar Hero is the addition of drums and vocals.

Pole Position is a racing game released in 1982. It may be considered to be the precursor to the arcade racing games which are so popular now. Its graphics was relatively realistic for its time. The view from behind the car, which is prevalent nowadays, was perfected by Pole Position. Pole Position was followed by many sequels.

Dune II: Building Of A Dynasty

Dune II: The Building Of A Dynasty

Dune II: Building Of A Dynasty was a real-time strategy game released in 1992. It introduced the use of mouse as a means to control the units in the game. This is still used in almost all the RTS nowadays like Age Of Empire series, Warcraft series, Command & Conquer series. Almost all the features used in today's RTS, like unique units, resource gathering, fog of war and base construction, have their origin in this game.

This concludes the 3rd part of this series. Watch out for the fourth part which is coming in a few days.