UPDATE 2: Daniel Ha, Cofounder of Disqus has updated us with an apology to all Disqus users. The downtime was caused by a minor glitch where a backup system failed to switch over smoothly. Total time to fix this was about 20 minutes.

UPDATE 1: Looks, like the Disqus comment system is now back online. The downtime was close to approximately an hour. Thanks, everyone at Disqus for fixing the issue.

We have been using Disqus comments system for quite some time now and have not faced any issues as such. The comment posting interface is awesome and it gives us a pretty good interface to manage the comments. We started with using Disqus on one of our blogs and eventually moved all our other blogs to the Disqus comments system. Not only us, but many other big blogs around the world have been using Disqus to manage their commenting system.

But, this is for the first time we are facing issues with the commenting system as nothing loads in the comments area of the blogs. So, as of now all our blogs are pretty comment-less and so are other blogs around the world. You can check the Twitter search page for users who have started expressing their concerns about the Disqus commenting system going down: 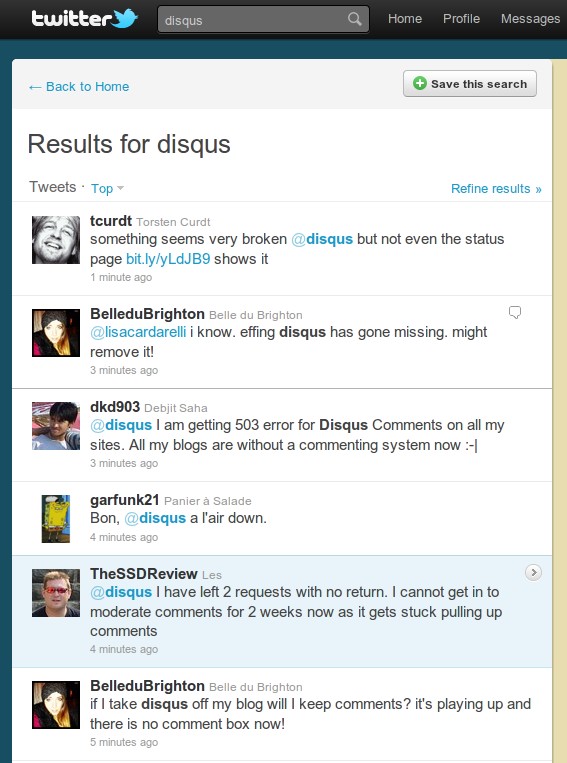 However, it looks like the folks at Disqus are still unaware of this issue as their Status page shows everything is alright with the Disqus web service. Shown below is another screenshot which shows that the Disqus API endpoint is throwing s 503 service error as seen in the Google Chrome bug inspector: 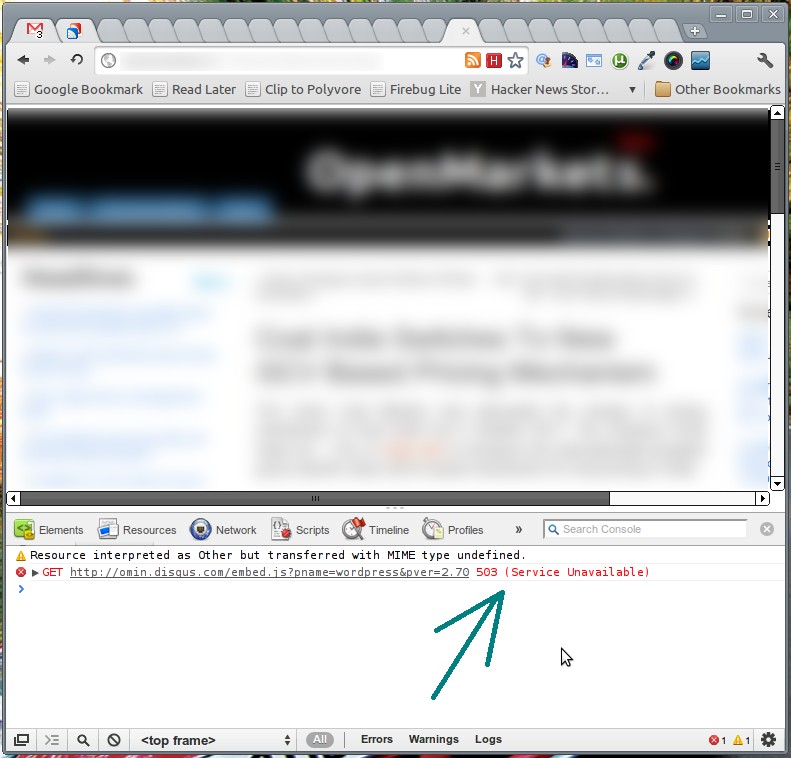 Given the fact that many WordPress self hosted blogs and other portals use Disqus (a third party service) as their primary commenting system, it is really worrying to see if users / site administrators should actually use a third party comment system or use the default commenting systems of the respective CMS.