Facebook has finally unveiled their much awaited Location / Check-in feature just before Foursquare was trying to get the ball in it's court! (No pun intended). This new location feature from Facebook - titled "Facebook Places" allows users to "check in" at locations which is then shared with their friends and Facebook network, that is only if the user chooses to!

Facebook Places will initially be available for the iPhone as an app and apps for both Android and Facebook are expected soon by next month. For developers, Facebook has made available a Read API however, the Write & Search API is in closed Beta. You can find the documentation for the API at http://developers.facebook.com/docs/#places. Here is a picture of an iPhone running the Facebook Places app: 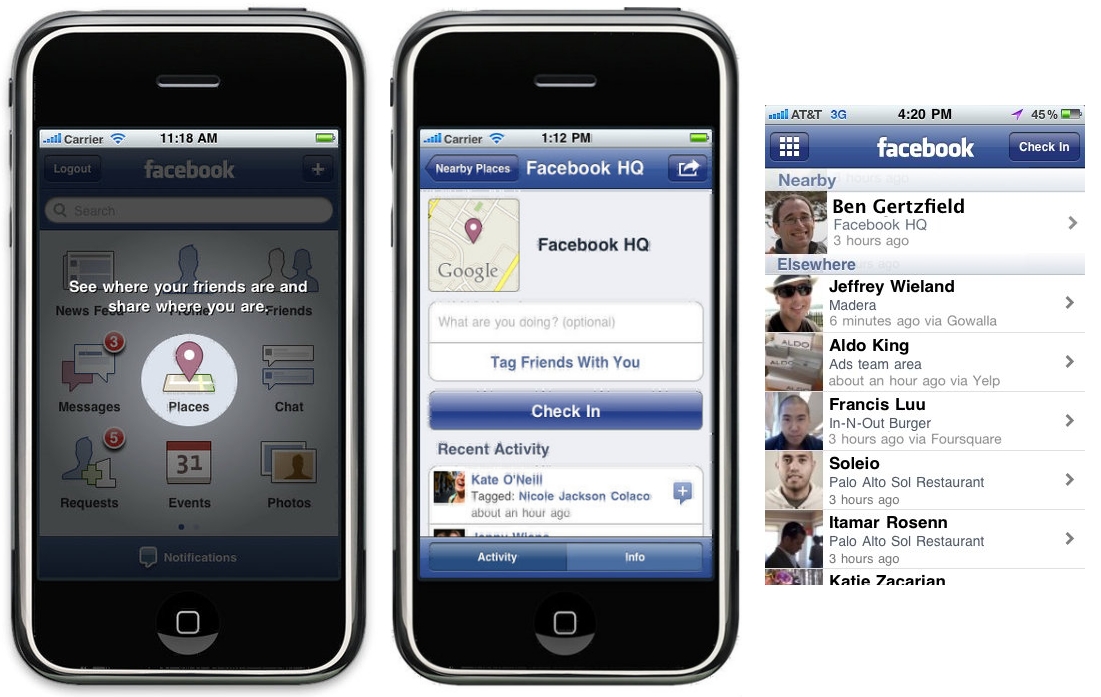 Facebook did not upset the major players who already had successful apps / services running around the check-in location model. During the launch, Facebook had the following launch partners on the stage with:

Booyah a new iPhone app, InCrowd in the coming weeks that will be a mix of game and social utility based around Facebook Places.