Facebook has launched voice status updates for it's users in India in association with Aircel  - an Indian mobile service provider. The service is currently available in 3  languages - English, Hindi and Tamil. Using the service is very simple, all you need to do is  dial 51555 from your Aircel mobile phone.

You will be asked to key in your Facebook login credentials and you are good to go. After this you are required to record your message and it will be posted to your wall on Facebook which looks something like this: 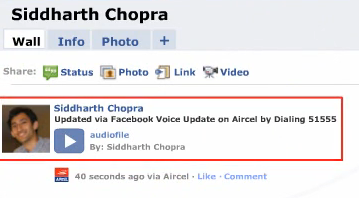 Voice Status Updates come to Facebook, shown above is an user's profile

Aircel has already carried a huge print advertisement in leading dailies in India. Here is a picture: 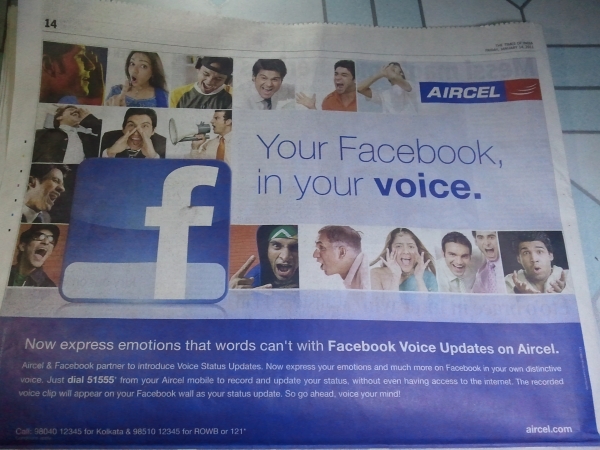 India is witnessing a major mobile telecom revolution where users do not have any knowhow about laptops, desktops or the internet but they are very well getting online from their mobile phones via cheap mobile internet plans. So, we see this as yet another very clever move from Facebook. As far as the coolness of the feature (Voice status updates) is concerned, we feel it won't take much time for the feature to go viral!