You Are Here: Home » General » Web

Although Firefox and Internet Explorer are competing for the market share, they do respect each other and as a tradition Microsoft always send a cake to Mozilla whenever they ship an major version of Firefox.

In continuation of the tradition, the Internet Explorer team has sent a cake to Mozilla for shipping Firefox 5 yet again. Here is the picture of the cake that Damon Sicore, VP of Engineering at Mozilla, posted on Twitter: 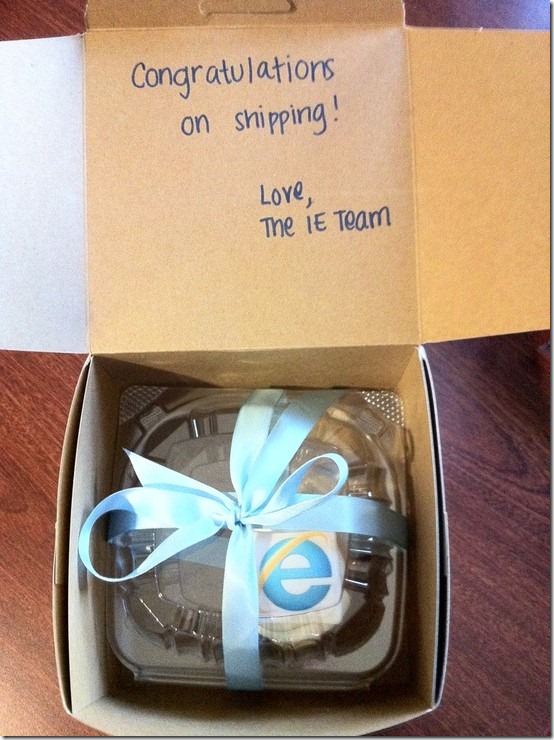 With Firefox following Chrome’s version numbering system and Firefox 6 and 7 scheduled for release this year, I guess the guys at Mozilla will be getting a lot of cakes from Microsoft.

Check out the cake the IE team sent to Mozilla for Firefox 4 here.

And Here Is The Cake From IE Team To Mozilla For Firefox 5 was originally published on Digitizor.com on June 22, 2011 - 2:15 pm (Indian Standard Time)