Flyte, the digital music store which was reportedly going to be launched by Flipkart.com has finally gone live. The music service being offered by Flipkart was in fact possible through the company's acquisition of Mumbai based startup Mime360, and the bollywood catalogue from Chakpak. 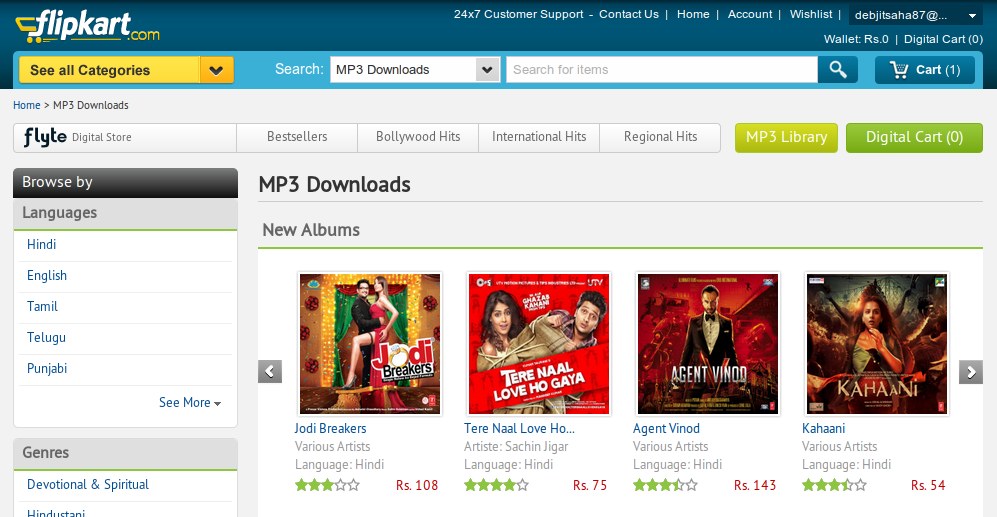 This is what was reported in our earlier post about the music service:

Flipkart’s acquisition of Mime360 has proven to be a boon since the latter used to manage streaming for labels like Saregama, Indiatimes, Universal etc. and music service sites like Gaana.com, iMusti etc.

With the recent announcement that Songs.pk is going to banned in India, the only way to create such a service and beat piracy is to have nominal charge for the downloads and keep single track downloads. But Flipkart has been careful about the pricing as well. According to reports, the company is planning to price each track at Rs. 10 – 15, which is considerably low if compared to Amazon or iTunes.

Flipkart is also planning to launch ePub, foraying into ebooks, although Flipkart founder Sachin Bansal had made it clear a while back that they did not see the ePub market big enough to enter, but it definitely seems that times have changed.

What remains to be seen is how well the music service goes down with users, and whether they would be willing to pay upto Rs. 143/- for legal mp3 tracks of Agent Vinod. Flipkart's Wallet proves to be of great help for using Flyte and making transactions of small amounts of Rs. 6 to Rs. 10.

Interestingly, Flipkart has also done a bit of SEO with the service, naming the Flyte URL as Flipkart.com/mp3-downloads instead of Flipkart.com/Flyte. Speculators are also hinting at the possibility of the company coming out with mobile apps for the music store soon.