Find Out What Kind Of People Are Following You On Twitter

Tag clouds are always and effective way to find out the genre or category of any object under discussion. Same with Twitter and your followers. In this article we will tell you about a twitter web service called TwitterSheep, that generates a tag cloud from the twitter 'bios' of users who are following you on Twitter. 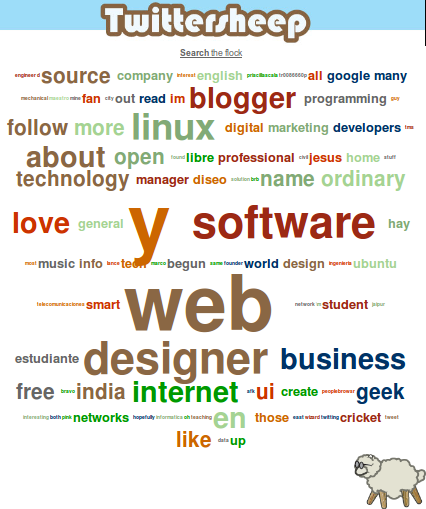 Find Out What Kind Of People Are Following You On Twitter was originally published on Digitizor.com on August 11, 2010 - 1:24 am (Indian Standard Time)