Nvidia has announced that it is working with Google to provide support for running Linux-based applications on their upcoming Tegra mobile chips which will be powering the next generation of smartphones. Nvidia thus joined hands with Google and the Open Handset Alliance to support the open-source Android software stack.

Android is increasingly gaining popularity as the OS of choice for mobile platform and has already been adopted by smartphone makers including HTC and Samsung.

Nvidia Tegra mobile chips are basically derived by fusion of an ARM-based processor core, a GeForce GPU core and other supporting components, all on a single chip, quite in lines with AMD-ATI's Fusion. The main difference being the fact that the Fusion is aimed at the Desktop PC's CPU market while Tegra targets the handheld device's CPU market.

According to Nvidia , Tegra chips would bring advanced graphics capabilities to smartphones while drawing less power. Nvidia also said in a press release that the Tegra-based phones will combine advanced graphics, better battery life and always-on Internet access. Android support by Tegra means that smartphone makers can now use the Android platform to build Web 2.0 and Internet-based applications for Tegra-based smartphones. 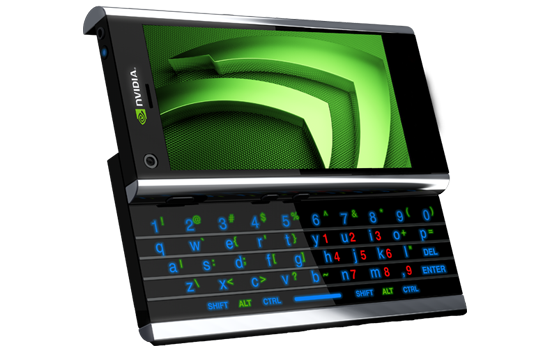 Tegra chips would however also support non-open source OSes like the Windows Mobile.

All this is set to redefine our mobile OS usage experience by providing never-seen before features like 3D user interfaces, high-definition video, full Wi-Fi and 3G connectivity along with optimized hardware support for Web 2.0 applications to provide desktop-class Internet experience right on your hand-held device.

The first NVIDIA Tegra 600 Series-based devices are expected to begin shipping in mid-2009.