Google Takes Advantage Of Cricket To Promote Chrome In India

Google has been promoting Chrome worldwide using some of the most innovative advertising campaigns. In one of it's more recent advertising campaigns, Google has been taking help of cricketing sentiments in India to promote the Google Chrome browser. This step from Google may also be in fact a result of the ongoing Indian Premier League in India - a series of cricket matches involving the 20-20 version of the game. Here are a few screenshots of the Google ads that we spotted on various websites. 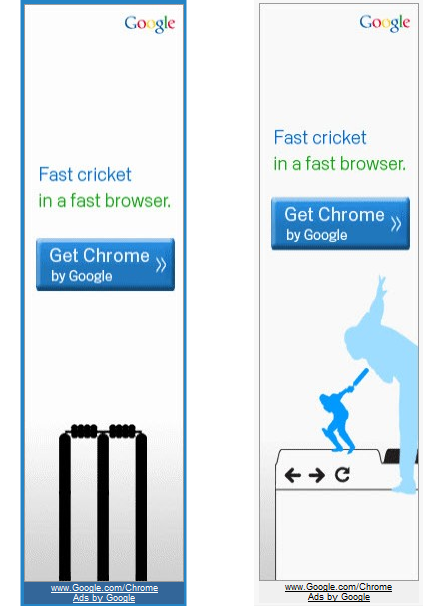 In an earlier post we had shown you how to get Live Cricket Scores in Google Chrome Dashboard using the cricinfo extension for free.