Amidst the rapid surge of daily deal sites, comes HarDeal.com aiming to sort out a customer’s confusion by listing out the best deals in town according to the customer’s own preferences. The website functions much like a meta search engine, giving the best deals from various deal sites on one single page and allowing customers to review and rate the deals. 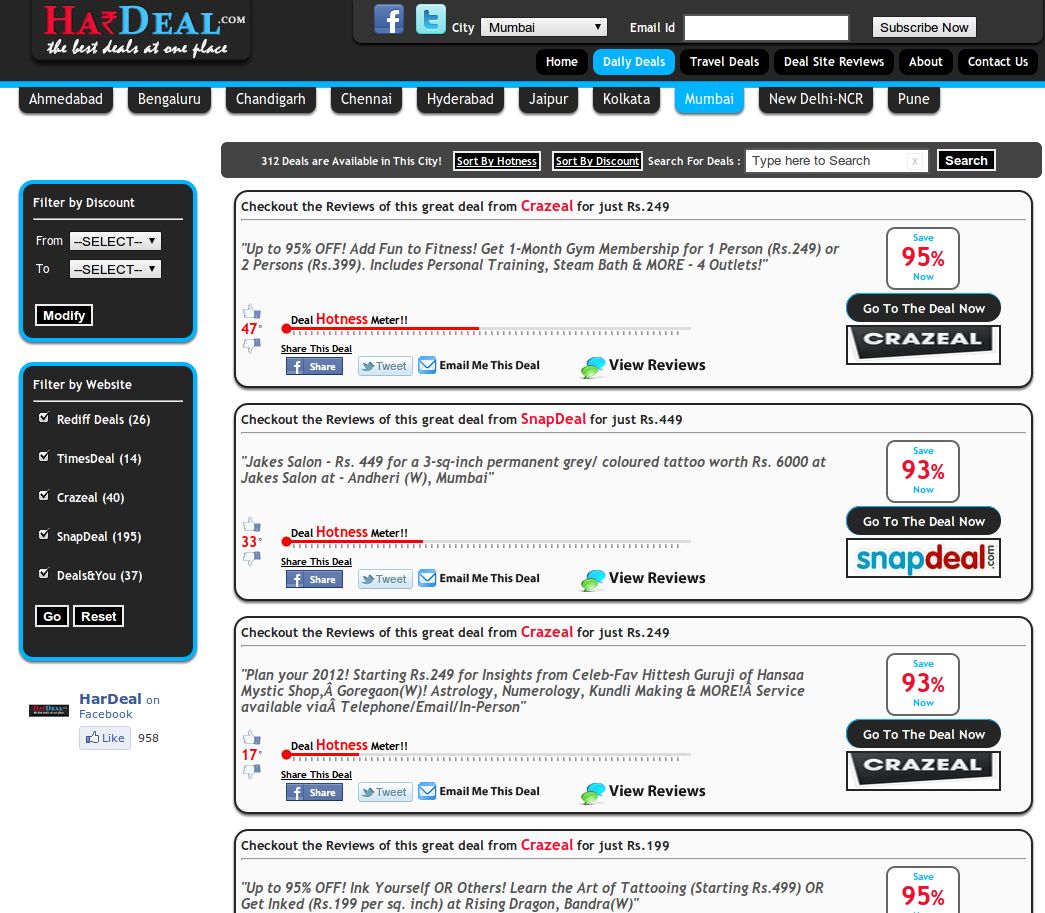 The concept is similar to what iXigo.com does in the online travel space. HarDeal features deals from daily deal sites like TimesDeal, SnapDeal, Deals&You, Dealivore, Crazeal and Rediff Deals. As of now, deals are available for 10 major cities in India - Ahmedabad, Bangalore, Chandigarh, Chennai, Hyderabad, Jaipur, Kolkata, Mumbai, Delhi-NCR and Pune. Users can sort deals according to their requirement, such as discount from 0 – 100 % or website or even the Hotness of a deal rated by users themselves.

Using HarDeal.com, users can also share the deals using Facebook or Twitter as well as get deal details via email. When a user clicks on a deal, he/she is redirected to the original deal site. The website claims to list about 1931 deals in the service, product and travel categories.

The company experts decide which deals will feature on their website by eliminating those deals which are of low utility to the customer and deals are featured according to expert views, ranking, reviews and discounts.

“Most users find the sheer number of deal sites difficult to keep up with and have no way to compare across sites. With HarDeal, we’re giving them a concise review of each and every deal. The site’s USP is its rating system which tells a consumer which deals are popular,” said Gurinder Pal Singh, CEO of Zinosi Business Solutions Ltd.