Apple’s iMessage Will Not Kill Anything

As you are probably aware by now, Apple has added a new feature in iOS 5 called iMessage. (In case you did not know, read this.) As with anything that Apple releases, many are already proclaiming it as a revolutionary new product. Many have even gone to the extent of declaring it a BlackBerry Messenger killer and *gasp* SMS killer. I know that anything that Apple releases is followed by so much enthusiasm from its users - and they have every right to be enthusiastic about it. But some of them take it to an altogether another level (remember the BBC documentary?), that they become blind to everything else and instantly declares that it is the best thing ever.

iMessage killing off the BlackBerry Messenger? And even SMS? You have to be kidding me, right? Right?

(If you do not have the time to read the whole post or simply does not want to read a lot, scroll down towards the end.) 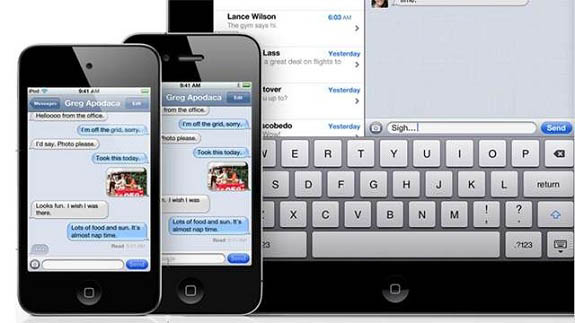 Apple currently has 200 million iOS users - but that is only 26% of the total smartphone market share. Out of every four smartphone users you see, you will not be able to use iMessage with three of them. And do not forget that not everyone is a smart-phones user. If you take feature phones into consideration, Apple's market share drops to around 5%. Even if you count only the US market share, feature phones make for more than 70% of the total devices. That settles it.

Google Talk is a similar service - but a thousand times bigger. It supports a lot of functions like voice chat, transferring files, group chatting etc. It uses an open protocol and is available to every GMail user and on a number of platforms from Windows and Linux to Android. Yet, it has not even come close to killing anything other than maybe Yahoo! Messenger and some other chat services. iMessage might be a very good product from Apple - but that does not mean that it will kill every other messaging platforms out there. Apple does not have any intention to do that, hence the reason why the service is not cross-platform.

Apple’s iMessage Will Not Kill Anything was originally published on Digitizor.com on June 8, 2011 - 11:51 am (Indian Standard Time)