How to install the Official Google Chrome (not Chromium) in Linux?

For installing the official google chrome on your system all you need to do is install the Google linux repo just issue this command in a terminal as root if you are on a RPM based distro such as Fedora or RedHat:

In case you are on a Debian based distro such as Debian itself or Ubuntu you might proceed with the following command in a shell as root: 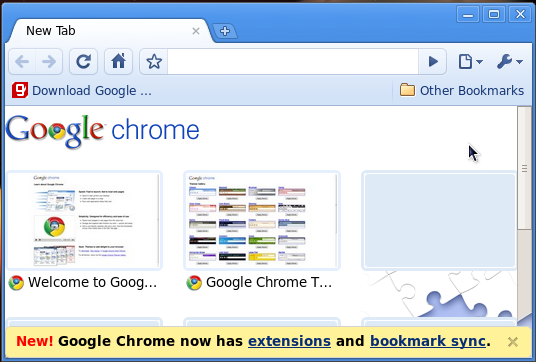 The entire installation is based on a 35MB aprrox download that contains all the dependencies like libasound, libcairo, xdg-utils, libgconf, libsqlite, libpango etc. You just need to issue the above command and wait back till the Google Chrome gets installed on your system.

How to install the Official Google Chrome (not Chromium) in Linux? was originally published on Digitizor.com on November 23, 2009 - 8:33 am (Indian Standard Time)