It is no secret that smartphones have taken the world by storm in recent years. Only a couple of years ago, the term ‘smartphone’ were relatively unknown and such devices were exclusively used by geeks and technology enthusiasts. Since then, smartphones have rapidly progressed and made everyone their slaves.

The iPhone came out in 2007, and was an absolute blockbuster. It planted the seed for a new generation of button-less mobile phones, which revolutionized the way we communicate with people. By the time Android arrived, users were warming up the idea of having a mini computer in their pockets. Nowadays, smartphones have become an indispensable part of people’s lives, which in return has changed how we use social networking services. 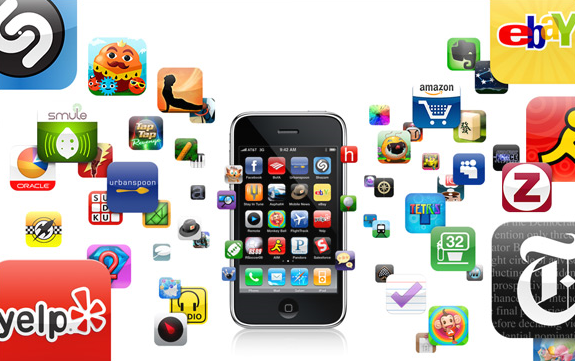 Users can now check-in to places and share their location with their friends. They can instantly click and share a photo or a video with their phones. They can email or send instant messages on the go. Therefore, it’s safe to say that iPhone and Android have indeed changed the game of social networking.

iPhone and Android have not only reshaped existing social networking services, but have also spawned several such services which have been built exclusively for mobile usage. Foursquare is such a service, which lets users check into various places and compete with friends. Services like Path and Instagram are exclusively mobile based social networking services and have become quite popular.

These examples make it quite clear that iOS and Android are changing the face of social networking, and are ushering a new generation of mobile communication. Apple and Google are progressively updating their products to be more adaptable to the changing social networking scenario.

For quite a while, Android was far ahead of Apple when it came to social networking integration. While users had access to various apps on their iPhone, the lack of internal integration with Facebook and Twitter was frustrating. Android users have enjoyed both these features from a long time. Twitter was added to iOS in version 5.0 and support for Facebook came in 2012 in iOS 6.

It is true that social networks depend a lot on these technology giants. A huge portion of social networking traffic is driven by iPhones and Android phones. It is not an exaggeration to say that in recent times, the whole social networking scenario has been revolving around Apple and Android. While Android can be said to be ahead of iOS in this department because of its flexibility and huge user base, iPhone users are not far behind. Apps like Instagram were available exclusively for iOS for quite a long time before appearing on Google Play.

Healthy competition is always a good thing, and the competition between iOS and Android has contributed a lot in improving both these platforms. Advancements in social networking will continue, and Apple and Google will continue to be the dominating force for a long time.

Author Bio: The article is submitted by Jason Phillips. He is a regular contributor and an award winning writer. Here  is the link to one of his creations.

5 Ways How iPhone & Android Are Changing The Game of Social Networking was originally published on Digitizor.com on January 24, 2013 - 11:15 pm (Indian Standard Time)