K3b, KDE SC's best CD/DVD creator (or Kreator as they say) , has now entered version 1.70.0, which is the K3b 2 beta. It is expected that the stable version of K3b will be available by the end of this month. This release has better Blue-ray support and better Oxygen icons. 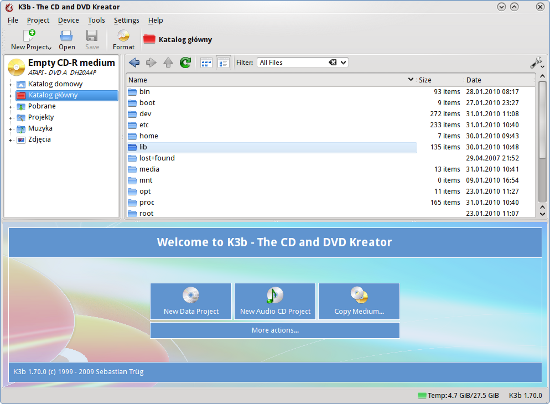 The changes in this version since K3b 2 alpha 4 are:

It has also received numerous bug-fixes since the last beta.

To install it in Kubuntu, you can follow the guide given here.