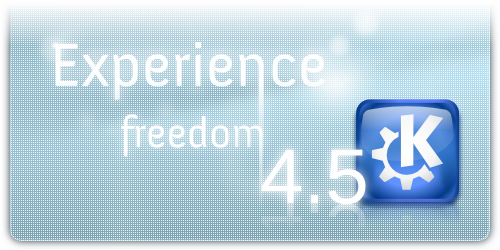 After the one week delay, KDE Software Compilation 4.5 has been finally released. This is a release meant for stability not new features. About 16,000 bugs have been fixed in this release. It is not to say there are no new features. KDE SC 4.5 has an absolutely gorgeous looking blur effect and some very pretty monochromatic icons in the system tray. The System Settings have also been made more streamline with the removal of the tabs. Konqueror has also recieved a new optional Webkit engine.

The Akonadi based PIM has however been left out of this release. It could not be finished on time and will likely be releaed in a later update.

It has not hit the Kubuntu repositories yet. We will inform you when it is available.