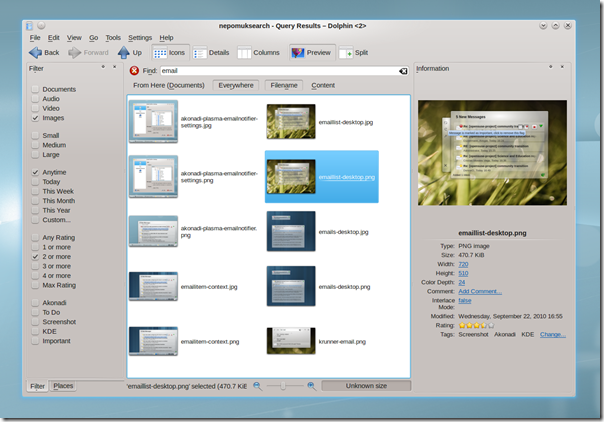 Dolphin has undergone a lot of important changes in both its search capability and the user interface. With this release, Dolphin can search inside files even if Nepomuk is turned off. However with Nepomuk enabled, Dolphin has a new feature -  faceted browsing. Faceted browsing enables the users to browse, search, filter and display files and directories using the metadata. 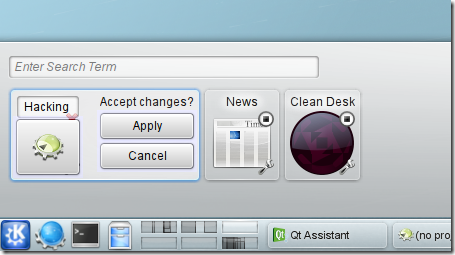 There is also a new Activity Manager. Activity is a mechanism which helps to organize the workspace by grouping applications according to their context. It was introduced in KDE SC 4.5. However, I have never been comfortable using it and I find it somewhat confusing even. Maybe the new Activity manager will make things easier.

With this beta Akonadi is also included. Akonadi was excluded in KDE SC 4.5 because of delays. The compositing manager, KWin, has had some major optimization to deliver smoother desktop effects and better windows management experience.

There are some changes under the hood too – most notably changes to remove HAL. HAL is being phased out by most of the Linux vendors. So, support has been added for upower, udev and udisk to replace HAL.

You can read more at the official announcement. The final release of KDE SC 4.6 is expected in January 2011.