LinkedIn recently announced on their official blog that their registered users' count has crossed 100 million worldwide. It won't be fair to compare this to Facebook's 500 Million plus user base as LinkedIn is a dedicated social network only for professionals and has a smaller target group than that of Facebook.

Out of LinkedIn's 100 Million users, India alone accounts for 9 Million users - a cool 9 percent of LinkedIn's total user base. And, this very well explains the fact that LinkedIn has Developer and Marketing offices in India. Not only this, India happens to be the third fastest growing country in LinkedIn with a growth of a whopping 76 percent. 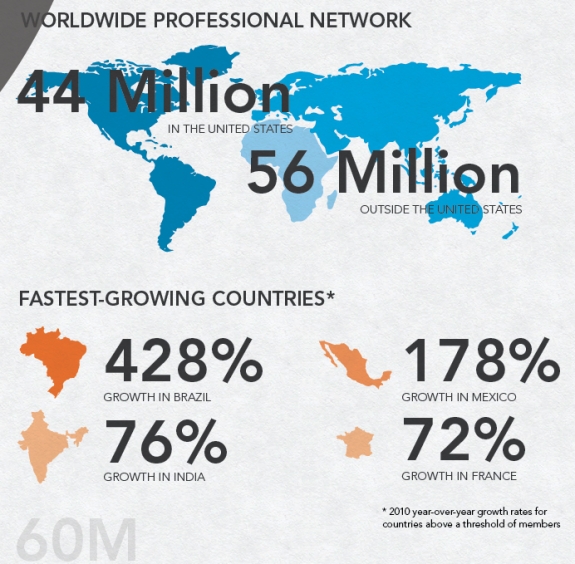 Click here for the detailed Info-graphic about LinkedIn's Growth.

Well, does this mean Facebook should worry? Not at all. Facebook's target group is very different and has a wider reach with users ranging from ages with 13 years to 80 years. In a way you could see LinkedIn's target group as a sub set of the target group of Facebook. Do let us know what you feel about the growth of LinkedIn in India in the comments section.