Percentage Of Websites Using Microsoft IIS Down To Pre-1998 Level – But Does It Reflect The Reality?

According to Netctaft's Web Server Survey, the percentage of websites using Microsoft's IIS is rapidly decreasing. Netcraft's survey covers a total of more than 340 million websites. 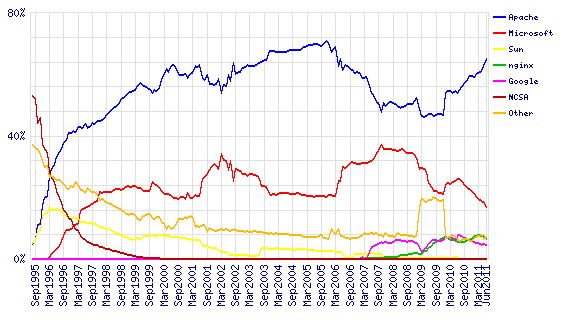 The graph above, however, suffers from a very critical flaw. It includes a number of parked domains. This means that it can be easily influenced by domain registrars switching from one software to another. A more realistic representation will be given taking into account only the active domains. Netcraft has also published such a graph taking into account only the top one million domains. 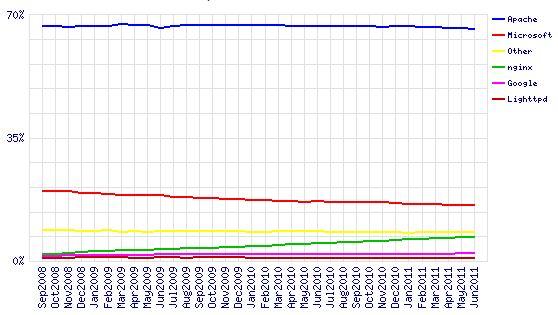 Web Server Market Share For The Top One Million Websites

This graph, however, tells a somewhat different story. It too confirms that Microsoft IIS is on the decline, but provides a more realistic rate of decline. While the market share of Apache has remained largely constant throughout, it is interesting to note that the decrease in Microsoft IIS's share is being taken up by the increase in market share of nginx, which has been steadily increasing throughout from arounf 1% to 7% in about 30 months.

You can see Netcraft's report here.

Percentage Of Websites Using Microsoft IIS Down To Pre-1998 Level – But Does It Reflect The Reality? was originally published on Digitizor.com on June 7, 2011 - 10:15 pm (Indian Standard Time)