Microsoft Office 365 is a productivity suite for Microsoft Windows which was  announced first in October 2010. Office 365 is a cloud based offering from Microsoft that is intended to compete with Google's Google Docs web-based software suite. It includes cloud-based versions of Microsoft's Office, Outlook, Sharepoint, and Lync applications. Microsoft has started testing Office 365 for a limited number of users. Here are a few screenshots of it's UI (User Interface).The first screenshot is of the Office 365's home screen or welcome screen that has links to Outlook, Lync messaging service and your team's "Home Site" 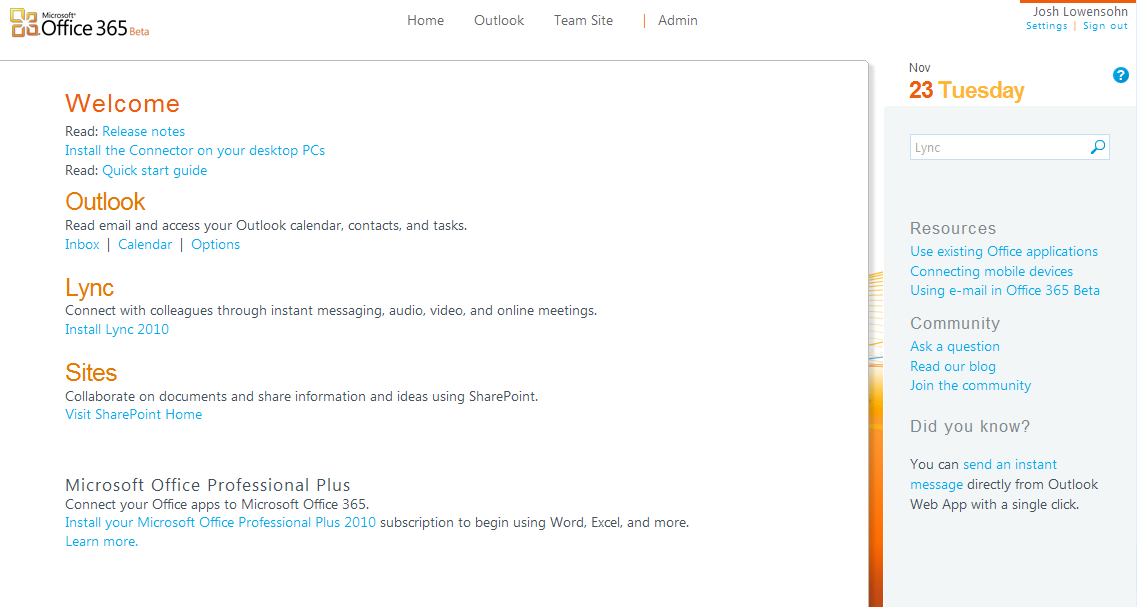 Next is a screenshot of Outlook mail in Office 365. Everything is as usual as in the Desktop version of Outlook. 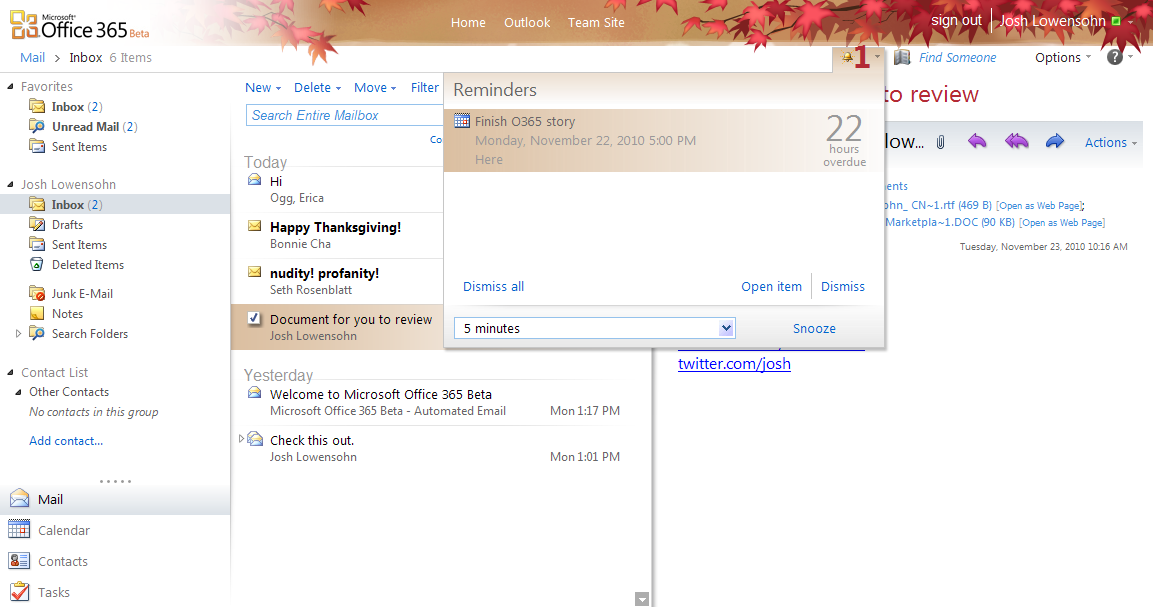 And here is a final screenshot of Team Sites from Office 365 which should again look familiar to SharePoint users! 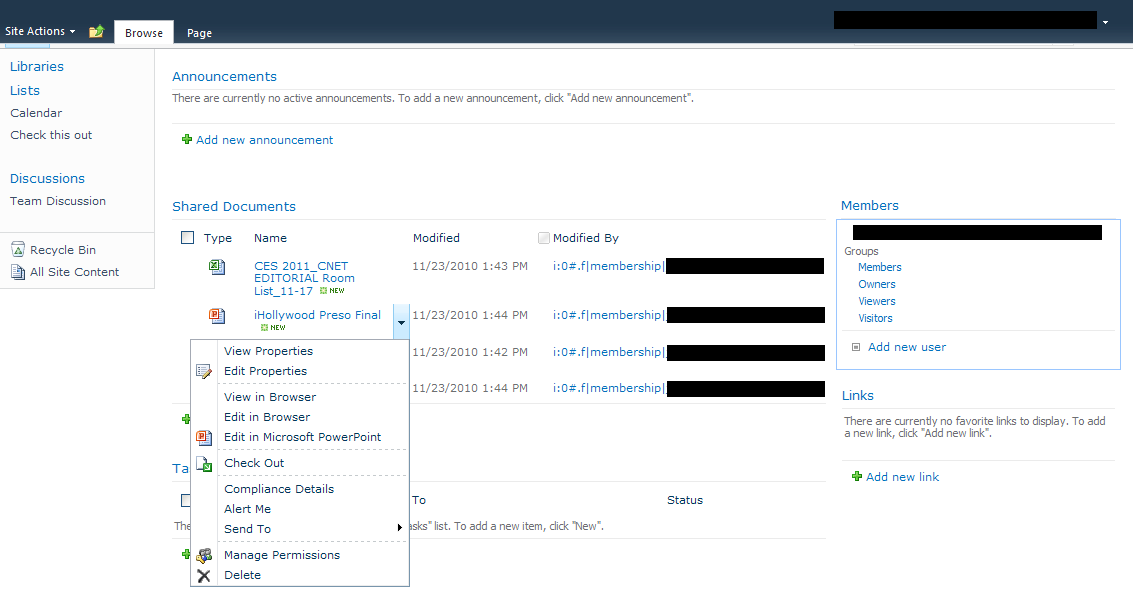 All images above are courtesy of the good people at CNET!