Mozilla wants to make it big in the Mobile world and has revealed it's plans about an unique mobile app store in it's annual report - "The State of Mozilla" which was released recently. Mozilla has  already brought the desktop Firefox experience to mobile devices long back as the Fennec browser which was initially launched for the Maemo platform on Nokia N900. We have also told you about the new Fennec for android. 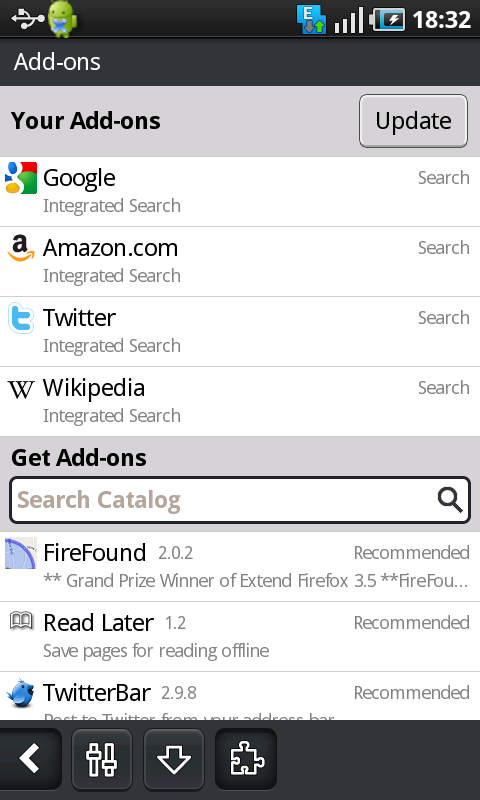 Mozilla has designed a prototype of mobile app store and plans to call it a "Open Web App ecosystem". The aim is to create an open app store platform that would consist of apps which can run on all Mobile devices, in other words - A "Mobile Device Independent" App Store.

Mozilla has carved enough niche for itself in the desktop browser category with Firefox which sill continues to give a tough time to other browsers when it comes to browser market share. The report also states that the current app model has traits that threaten some of the characteristics that have made the web  such a vibrant platform particularly in the mobile space. Mozilla's prototype app ecosystem includes a system design, technical documentation and examples.

Shown on the right is a screenshot of the browser add-on system for the Fennec browser. We expect Mozilla's App Store to be somewhat similar in terms of providing apps for mobile devices.