Now A Firefox Add-on That Takes Away Your Passwords! 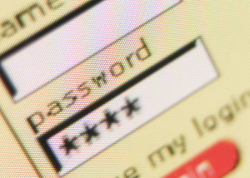 After the proof-of-concept extension for Google Chrome that steals user's login details, it is time for Firefox to feel the heat from something similar.

Mozilla has announced the a malicious add-on, called Mozilla Sniffer has been discovered. The add-on grabs the the login details and sends it to a remote location. Upon discovery, the plugin has already been disabled and added to the blocklist. The add-on has been downloaded around 1,800 times and there are 334 daily active users. This is not the first time that malicious add-ons for Firefox have been discovered.

This is what Mozilla wrote:

An add-on called “Mozilla Sniffer” was uploaded on June 6th to addons.mozilla.org. It was discovered that this add-on contains code that intercepts login data submitted to any website, and sends this data to a remote location. Upon discovery on July 12th, the add-on was disabled and added to the block list, which will prompt the add-on to be uninstalled for all current users.

If you have installed "Mozilla Sniffer" remove it and change your passwords.

Now A Firefox Add-on That Takes Away Your Passwords! was originally published on Digitizor.com on July 15, 2010 - 2:24 pm (Indian Standard Time)