Matthew Nuzum has announced the winners of the Ubuntu Countdown Banner Contest in the Ubuntu-Art mailing list.

The first choice choice was Martín Césare's "logo as a progress bar".

Funny that he described this set as his least favorite. :p

They picked two entries for the third choice. One is by Alejandro Rojas and the other by Koichi Akabe. 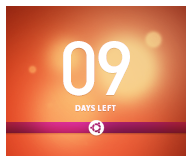 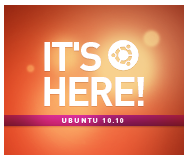 These banners will be available for embedding and stuff soon enough.

You can see the rest of the submissions here.

My favorite is Martín Césare's design. Which one is yours?