When it comes to referral traffic, everyone knows that Facebook tops the list. And no matter how hard Google may try to compete with it, it never quite will. The massive user base of Facebook, and the amount of data shared from within and in connection with it is enormous. But in cyberspace, startup companies have been known to create havoc. Something similar had been happening with Google, Youtube, Myspace and even LinkedIn in the past months, with a new company called Pinterest overtaking them in terms of referral traffic it has been generating. 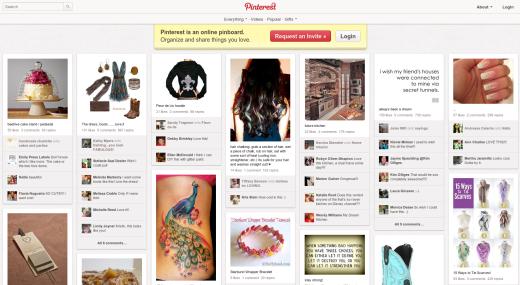 Pinterest has challenged the likes of Twitter as well, and a lot of this could be related to the concept it brings to the users. With Pinterest, people can create pinboards of things they find interesting on the web and those that they wish to share. Besides, sharing via Pinterest enables users to advocate a personal brand, rather than just restricting themselves to sharing over Facebook or Twitter. People can really present themselves in any way that they want.

A Shareaholic study revealed how from being a mere startup on the web, the website became the fourth largest source of traffic for sites in the US, taking everyone by surprise. And this growth in Pinterest traffic happened in just six months. Despite being an invitation only site for now, it’s still growing at a very fast rate.

Facebook still reigns as the top source of traffic according to the same study, generating 26.4% referrals in January. StumbleUpon came next with a share of 5.07%, although its share reduced from 6.5% of last month. Google and Twitter hung close with a 3.62% and 3.61% share of referrals respectively. Then comes Pinterest with 3.60% in January, growing from 2.5% in December 2011 and 0.17% further back in July.