Review Of Firefox 4.0 Beta 1 For Linux

Firefox 4 is perhaps the most eagerly awaited version of Firefox till date. We have already given you the links from where you can download and install Firefox 4.0 Beta 1 for Linux, Windows and Mac. We took it for a spin in Ubuntu and here is our review of the first beta of Firefox 4.0. 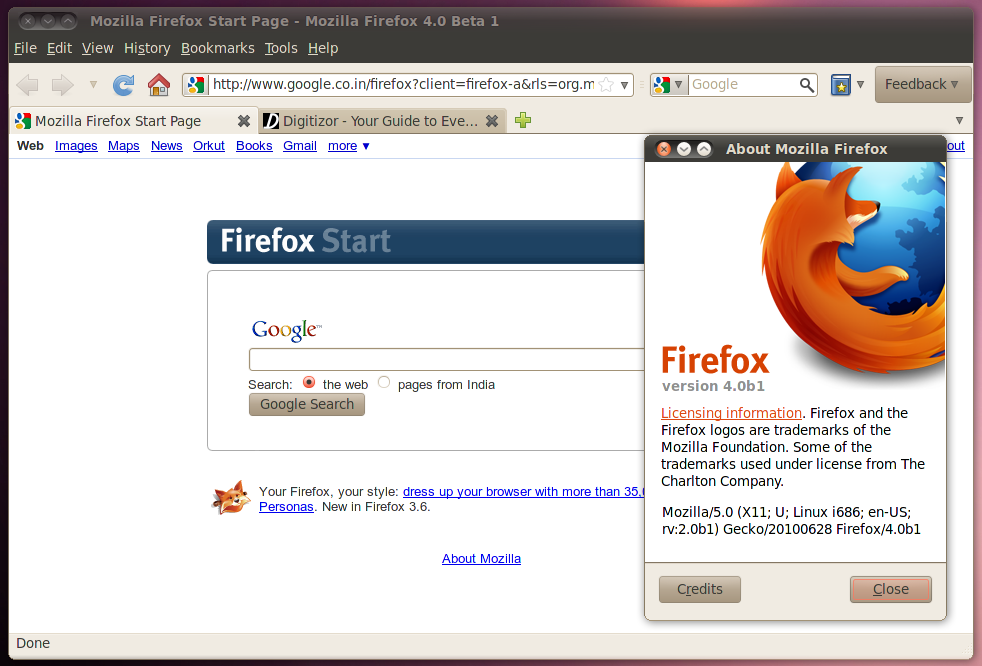 Obviously the first thing to notice when you Firefox 4 Beta is the "Chrome-like" tab on top. Or rather the lack of it in Linux. The new UI that Firefox 4 is to come with had me all excited and started it hoping to see it in action. It was a big downer though. Not only is the tabs where they have always been but the whole interface is the same as the previous version. Anyway, I am keeping my fingers crossed that we will see the new UI in the Linux version as well before the final release.

There are some changes though. When a page is loading, there is a new indicator. And there is a feedback button so which, in my opinion, will get them more number feedback.

We ran the SunSpider JavaScript Benchmark in Firefox 4 Beta 1 and the latest stable release, Firefox 3.6.6. This test the speed of the JavaScript engine of the browser. In this test, lower scores are better.

Here are the results: 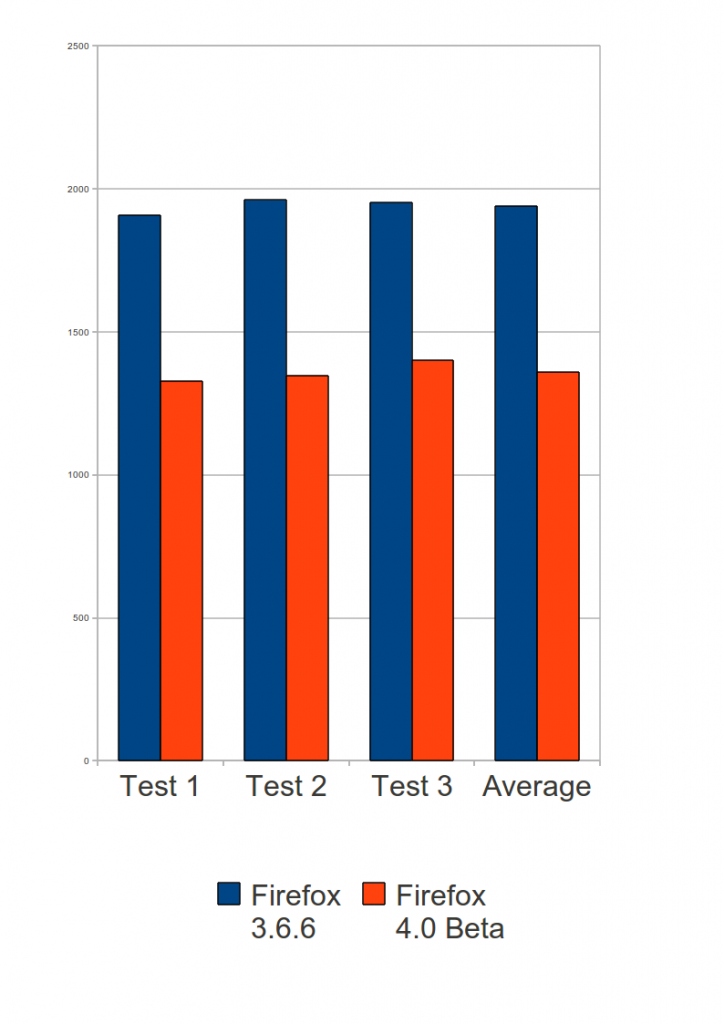 As you can see, Firefox 4.0 Beta is very much faster compared to the latest stable release. It is around 30% faster than Firefox 3.6.6. However, this is still not even nearly as fast as browsers like Opera and Google Chrome.

The V8 Benchmark Suite is actually used for tuning Google's V8 JavaScript engine. However, it can still be used to compare the performance of Firefox 4 Beta with Firefox 3.6.6. Higher scores are better in this test. Here is the result: 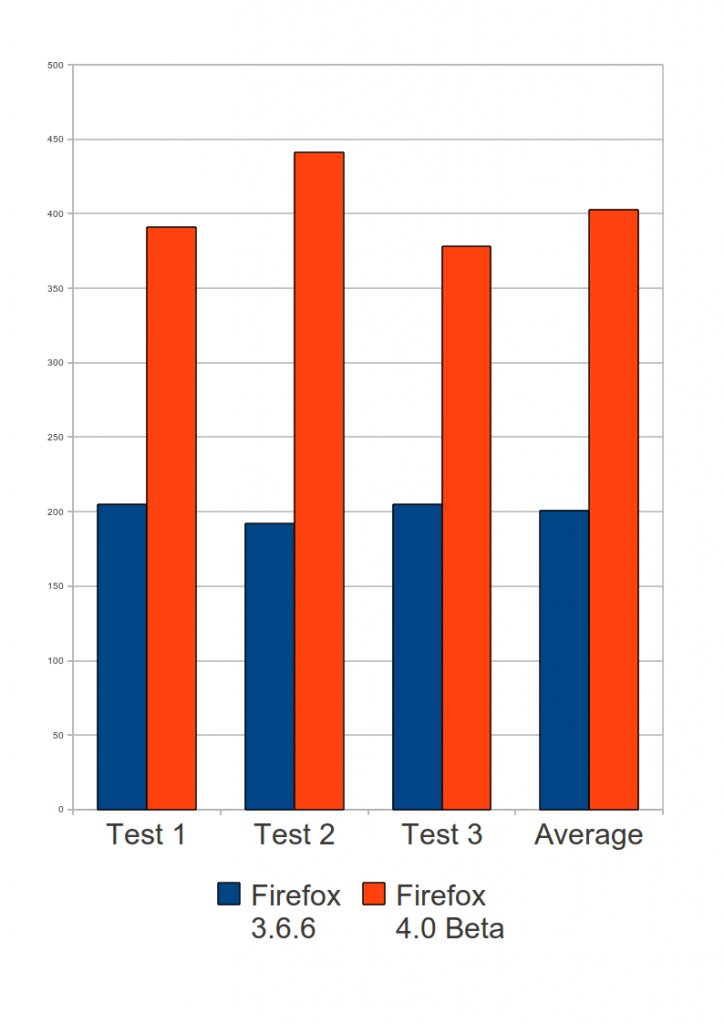 The Acid3 is a test of how well the browser follows the web standard in certain elements, especially DOM and JavaScript. To pass this test a browser have to score 100/100.

And here is the score for Firefox 4.o Beta: 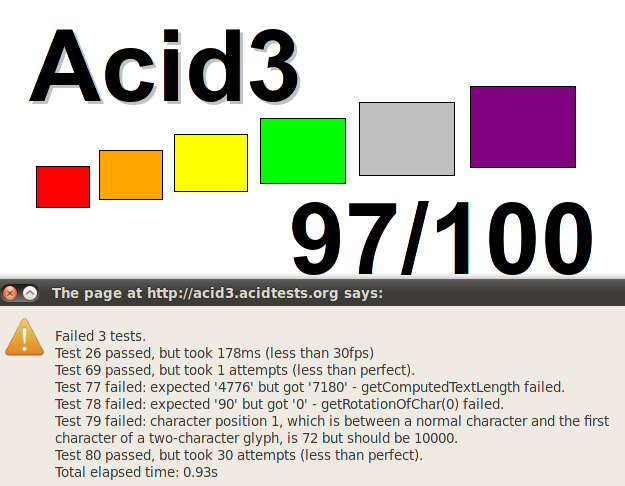 The HTML5 Test checks the browser for support of various HTML5 elements. Higher scores are better. Here is the result: 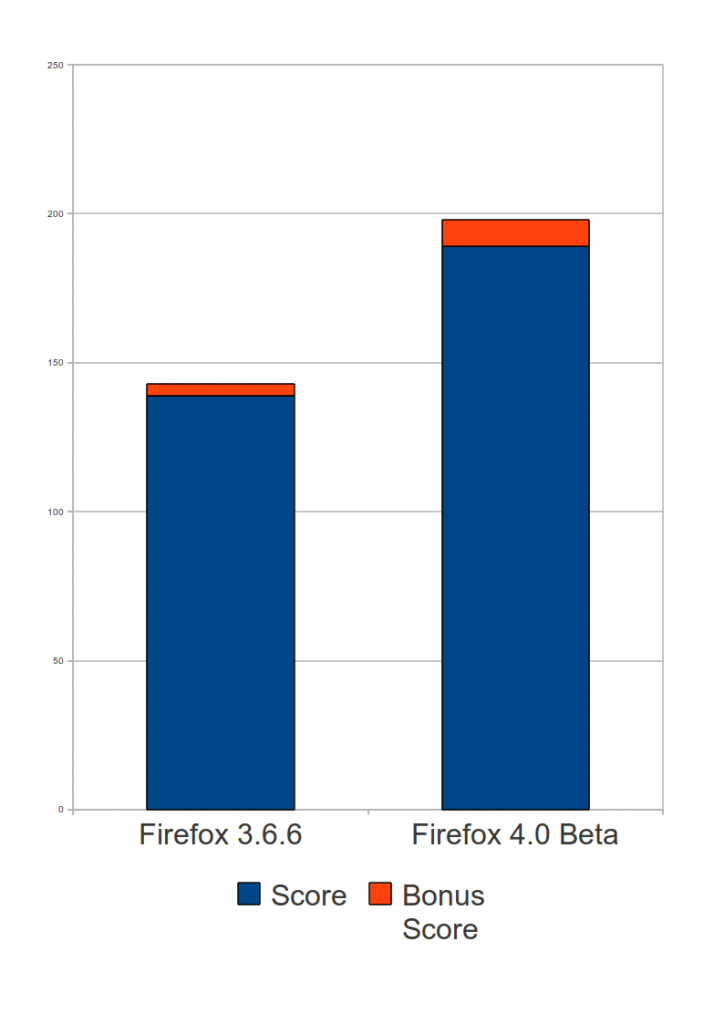 One of the main complaints about Firefox is its memory consumption. To find out if Firefox 4.0 Beta does better than Firefox 3.6.6 in terms of memory consumption, we tested both with 5 tabs open and then with 10 tabs. To rule out errors, we did the test 3 times.

The pages we opened are (first five for five tabs):

With five tabs open, Firefox 4.0 Beta consumes less memory as compared to Firefox 3.6.6. Here is the result for five tabs: 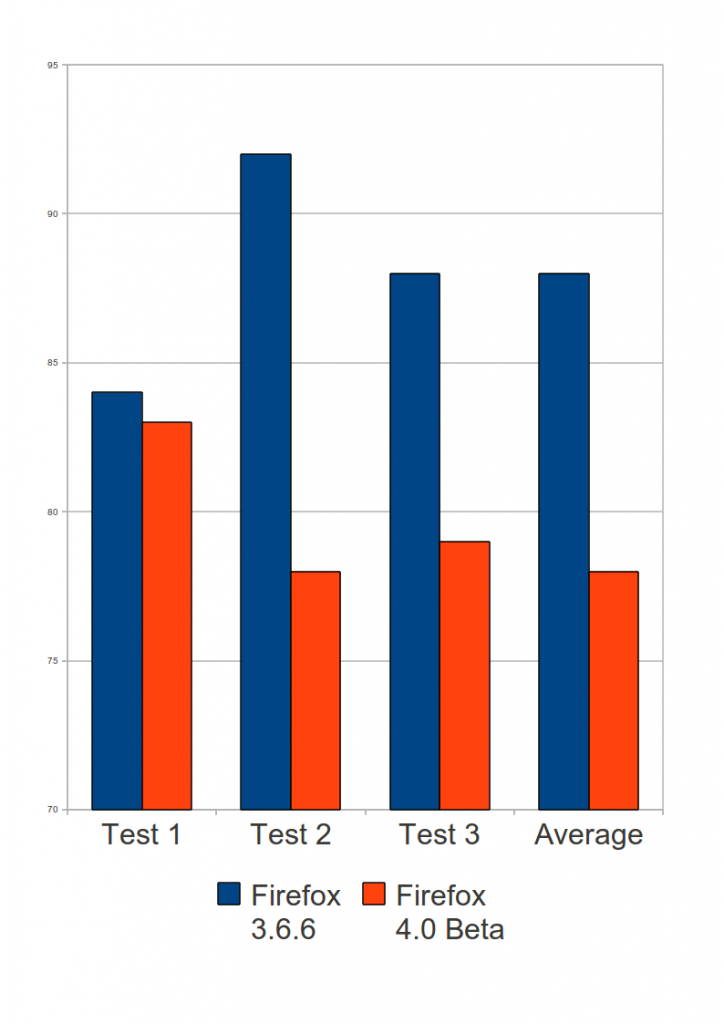 With 10 tabs open, things are a bit different. For some reason, Firefox 4.0 Beta seems to consume more memory than Firefox 3.6.6 when the number of tabs are higher. Here is the result: 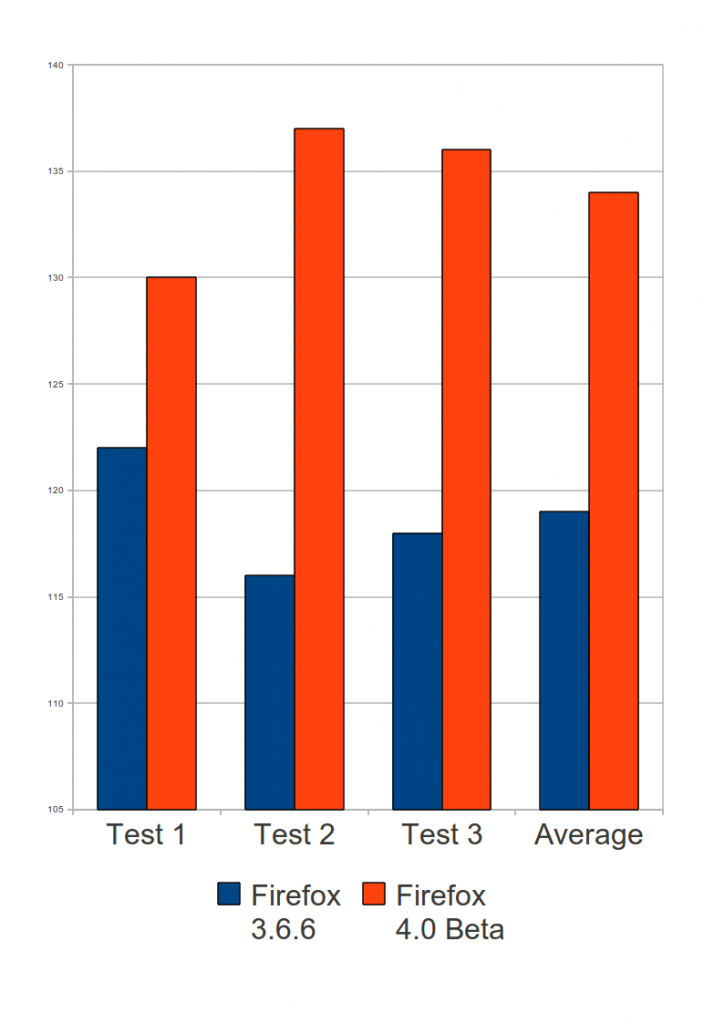 All the above tests shows that Firefox 4.0 Beta is indeed a lot better and faster than the previous versions. It completely outshines Firefox 3.6.6 in every test except the memory test with 10 tabs. As this is only a beta, we expect this to get fixed. The new tab on top interface is still not available in Linux yet, but we are keeping our finger crossed that it will be available before long.