Samsung Has Agreed To Stop Sales Of Galaxy Tab 10.1 In Australia 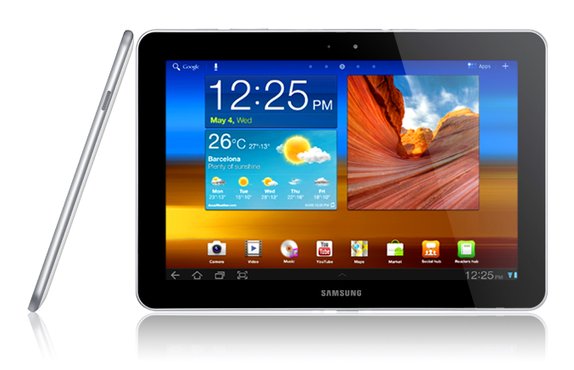 In the patent battle between Apple and Samsung, a very surprising agreement has been reached - Samsung agreed to not sell of the Galaxy Tab 10.1 in Australia. Apple is suing Samsung for infringing on ten patents which ranges from "looks and feel" to the touch screen.

Apple sought an injunction in the Australian Federal Court in Sydney to ban the sales of the Galaxy Tab 10.1 until the lawsuit has been resolved. It is reported that an agreement was reached between the Apple lawyers and the Samsung lawyers during a break in the hearing.

According to the agreement, Samsung has agreed to stop the advertisement and sales of the tablet until the lawsuit is over or the court gives them the approval. If Samsung wins the patent lawsuit, Apple has agreed to compensate Samsung for the lost sales.

Although many will see this as a victory for Apple, it is far from that. The fact that Samsung is willing to take its tablets off the market and that Apple is willing to provide Samsung compensation for lost sales in case they win, shows that both are extremely confident of winning the lawsuit.

One positive outcome of this agreement will be that the lawsuit will get resolved quickly. With the agreement they have reached, neither sides cannot afford to have the lawsuit dragging along for a long time.

Samsung's Galaxy line of phones is also a part of the Apple lawsuit but Samsung will continue to sell them. Apple is said to be injunction to prevent the sales of the Samsung devices in other countries as well.

Samsung Has Agreed To Stop Sales Of Galaxy Tab 10.1 In Australia was originally published on Digitizor.com on August 1, 2011 - 8:02 pm (Indian Standard Time)