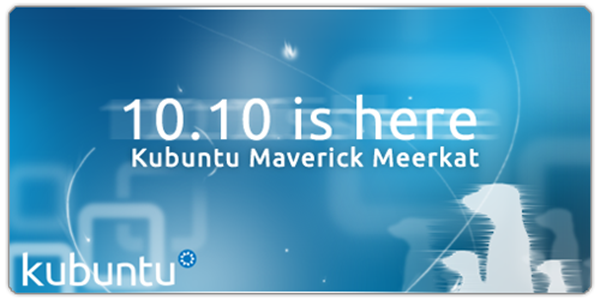 Yesterday we published screenshots of the changes in Ubuntu 10.10. Today, we take a look at KDE-based Ubuntu derivative Kubuntu.

So, what are the new things you may expect to see in Kubuntu 10.10 Maverick Meerkat? Read on.

As in our Ubuntu post, we will only look at the visible changes.

Kubuntu has always kept the default KDE SC theme and wallpaper. This release is no exception. It uses the an unmodified Air Theme and the default wallpaper that comes with KDE SC 4.5.

Unlike the case with GNOME, this does not mean it looks bad. KDE SC, by default, has always had amazing theme and wallpapers. 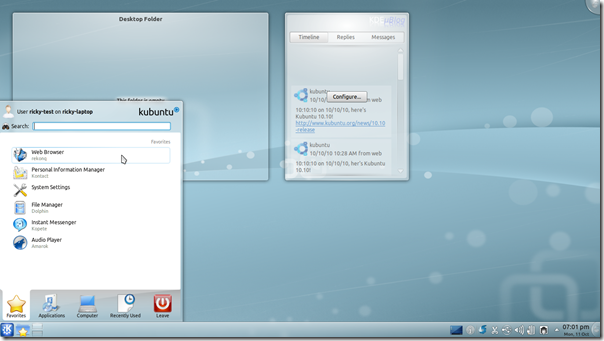 The default package manager in Kubuntu 10.10 is KPackageKit. It has a new user interface which gives greater emphasis on the applications.

The influence from the Ubuntu Software Center is clearly visible with the new categorization of applications. 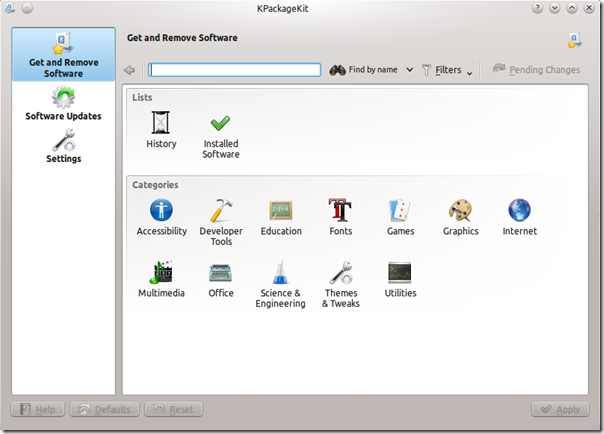 Like the Ubuntu Software Center KPackageKit also keeps track of the installed applications and the history of install-uninstall. 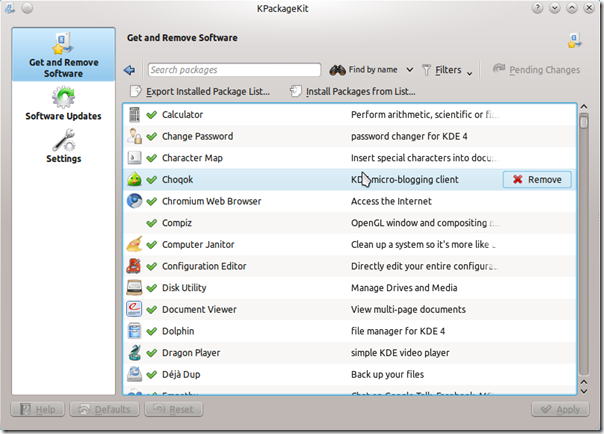 Rekonq is a very new web-browser and it works surprisingly works well. It works without any problem in GMail, YouTube etc.

However the lack of extensions/plugins will mean that a majority of the people leave it for Chromium or Firefox. 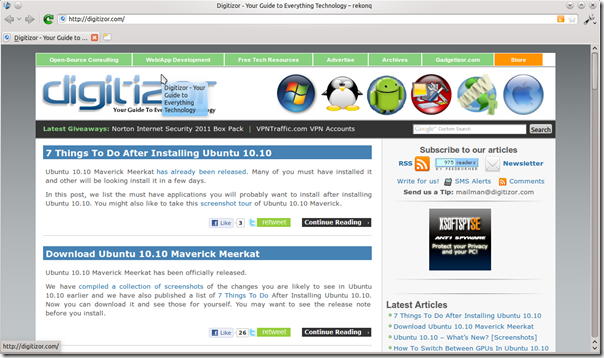 You may or may not have noticed it in the screenshots above, but Kubuntu 10.10 also uses the new Ubuntu font. 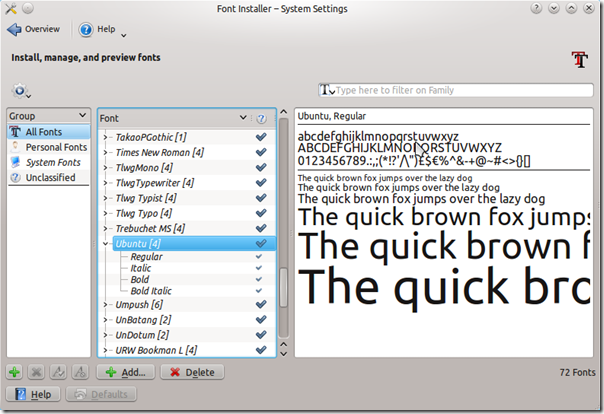 The Ubuntu font looks great in Ubuntu, but in Kubuntu i feel that it looks a little out of place.

Bluetooth in Kubuntu 10.10 no longer rely on KBluetooth. Instead it relies on the much newer (and better?) BlueDevil. 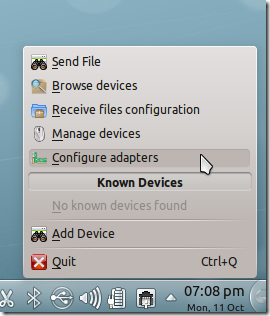 Like in Ubuntu, Kubuntu now uses a message indicator applet for IRC and Instant Messaging applications.

It turns green when there is a new message.

With Kubuntu 10.10, both the desktop edition and the netbook edition are included in the same CD. You can switch between the desktop and netbook interface on the without logging off. (Here is how to do it.)

Like in the desktop interface, the netbook interface does not have any modification from the default one with KDE SC. 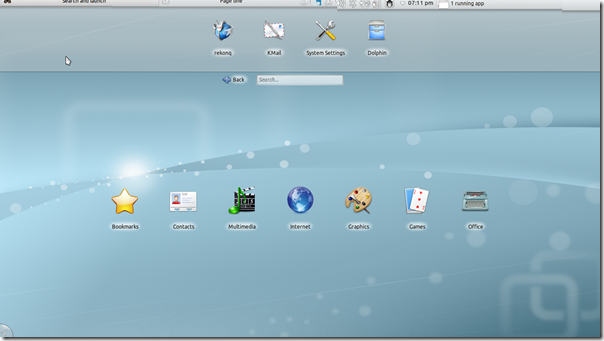 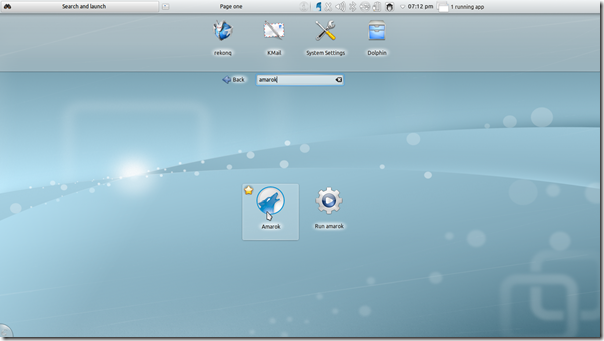 Notice the star at the top left of the Amarok icon. Clicking on that makes it a favorite application and it will be shown at the top along with rekonq, KMail etc.

When you maximize an application, the panel at the top auto-hides.

The netbook interface has another page (or activity, if you prefer the actual name) called “newspaper”.

It basically is a collection of different plamoids. You can edit what plasmoids are shown. 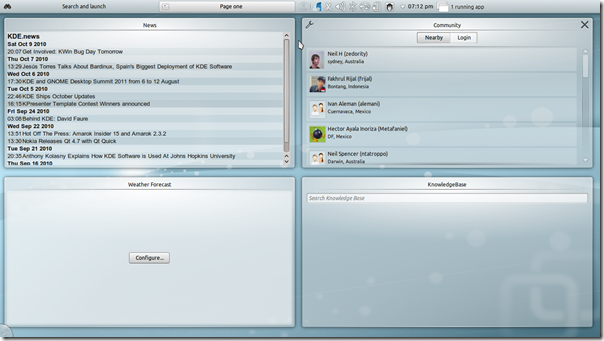