Seventymm.com To Shut Down DVD Rental Business; Moves To E-Commerce

One of the bigger DVD rental services in India along with Reliance’s BIG FLIX, Seventymm.com has now decided to move into the  e-commerce trade, and will soon be shutting down its rental business. This shift can be explained owing to the strong potential of e-commerce in India. Seventymm had reportedly raised Rs. 50 crores from NEA-IUV in Series C, but ventured into e-commerce back in 2008 itself. 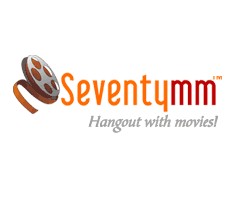 The business model of the company seems to have shifted in a rather curious fashion, although the scope for a DVD rental business seems dim in India now, considering that very few companies have ventured into it, and even with the biggest names behind them, they weren’t able to give full consumer satisfaction. Seventymm is currently informing all its customers via telephone about the shutdown and also giving away vouchers for the new e-store.

Reliance Digital Entertainment’s BIG FLIX also phased out its DVD rental business a while back and moved to streaming Bollywood Movie-on-Demand service. The service quality offered by both Seventymm and BIG FLIX was not upto the mark according to many customers, with condition of DVDs being a common complaint.

Seventymm opted for the easier way out it seems, since having already forayed into e-commerce, keeping the rental business “didn’t make sense”. The original business model for most online rental sites was taken from Netflix, however the lack of a larger audience in India, coupled with the fact that the model was unfit for India, and that the execution of the service was not good enough, might have lead to this ultimate transition.

Seventymm.com To Shut Down DVD Rental Business; Moves To E-Commerce was originally published on Digitizor.com on February 4, 2012 - 11:50 am (Indian Standard Time)