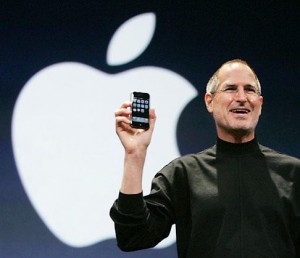 Earlier today, Steve Jobs has resigned from the position of CEO of Apple Inc. The Apple CEO's decision to resign is not entirely unexpected because of Jobs' recent health problems. He has been battling pancreatic cancer since 2004 and in 2009, he underwent a liver transplant. In fact, he has been on medical leave since early this year.

This is the letter that Steve Jobs sent announcing his resignation:

August 24, 2011–To the Apple Board of Directors and the Apple Community:

I have always said if there ever came a day when I could no longer meet my duties and expectations as Apple’s CEO, I would be the first to let you know. Unfortunately, that day has come.

I hereby resign as CEO of Apple. I would like to serve, if the Board sees fit, as Chairman of the Board, director and Apple employee.

As far as my successor goes, I strongly recommend that we execute our succession plan and name Tim Cook as CEO of Apple.

I believe Apple’s brightest and most innovative days are ahead of it. And I look forward to watching and contributing to its success in a new role.

I have made some of the best friends of my life at Apple, and I thank you all for the many years of being able to work alongside you.

After founding Apple Computers with Steve Wozniak, Steve Jobs was removed from the company in 1985. In the late 1990s, however, Apple Computers, fell into deep financial troubles. In 1998, Steve Jobs was brought back as the CEO of the company he once founded and the rest they say is history. Under him, Apple has produced some of the most iconic devices of the generation such as the iPod, iPhone and the iPad. Since becoming the CEO of Apple in 1998, Jobs has transformed Apple from a company that was struggling for survival to being one of the most valuable companies in terms of market share. Whether you like the man or hate him, there is no denying the fact that he was one of the best CEOs we have seen in our time.

Apple has already announced that the current COO, Tim Cook will take over as the CEO. Cook has been running the company for quite some time due to Jobs' medical leave. Steve Jobs wanted to stay with Apple as the chairman of the board and it is believed that the board has elected Steve Jobs as the Chairman.

Trading of Apple shares was briefly suspended after the announcement. The suspension was removed shortly afterwards and Jobs' resignation has not had any significant effect on the share price.