StumbleUpon was in the news a couple of months back after it overtook Facebook in terms of traffic. Well, it now seems that Stumbleupon has created another new record. Business Insider reports that Stumbleupon just touched over 500 Million pageviews per month. This was also confirmed by the Stumbleupon CEO Garet Jones in a tweet and an instagram screenshot of the stats page. 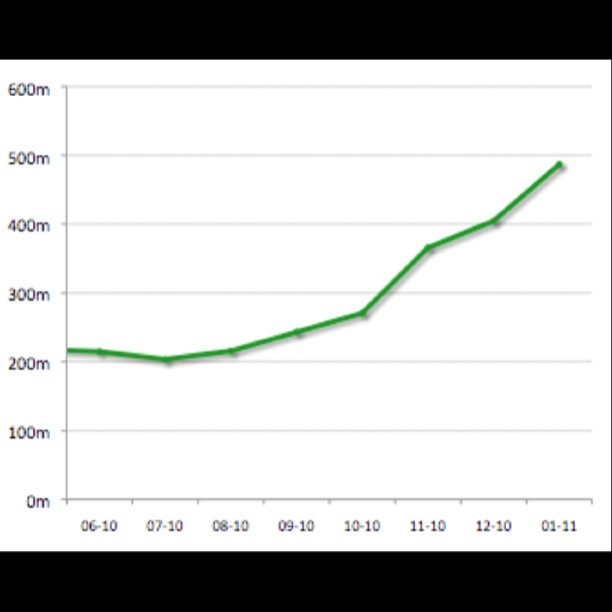