The new Mozilla Thunderbird with Firefox 11 is now available, and we can see some noticeable changes and enhancements in the browser. It has an updated Gecko engine, but more interestingly, some major support for instant messaging and chat for users.

While the Thunderbird 13 boasts of these features, they aren't fully complete yet. So while it might now work to it's fullest extent yet, it will in about 12 weeks, when Thunderbird 13 goes into stable channel. For now, the Chat feature supports Google, IRC, Twitter and Facebook, however only Google and IRC seem to work right now. 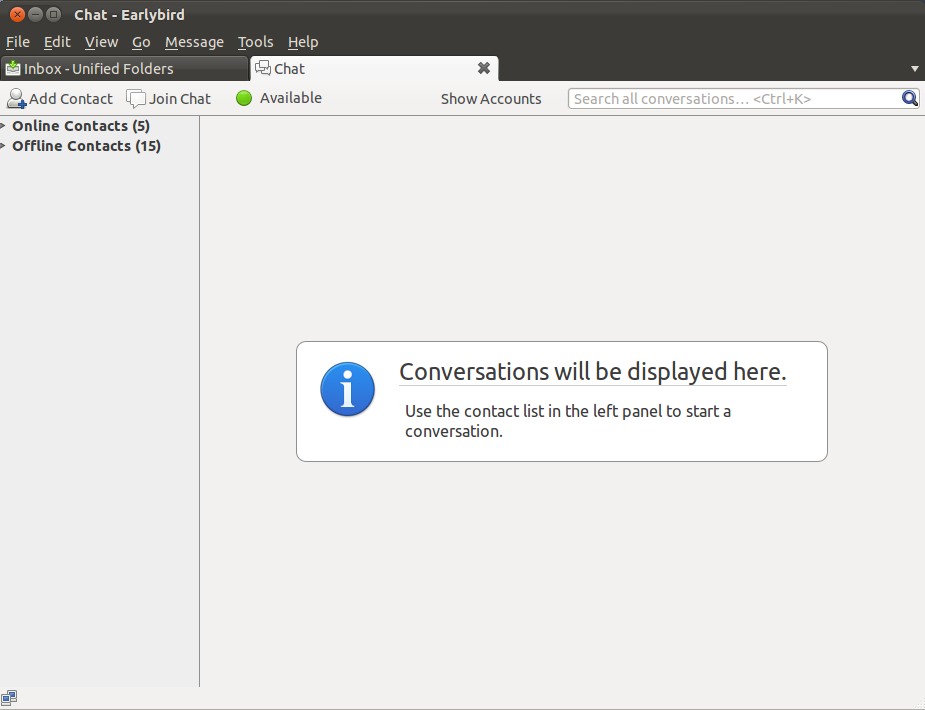 Although the feature has a fair amount of work left to be done, it is something email clients will probably be looking forward to, with chat being available as a default feature too, a new development in many years. On the other hand, Lightening, a calender app which has been available for quite some time, is still being worked upon under Thunderbird, but will still be an add-on and not a default built-in functionality.

Other versions and languages - Here

Clearly chat is an extremely useful and well liked functionality in email, considering that popular email clients like Google Mail, Yahoo, Live etc. have it built in. Users find it covenient if nothing else, and more often than not email conversations can turn into pseudo-chats too, emphasizing on its need. With the chat feature integrated, getting a quick response will cut down the need to send more and more emails and increasing thread size, not only cutting down volume of email received, but also relieving the user of having to sift through useless mail.

It's of course true that most people who need a chat feature already use it on the web versions of their mail clients or a separate IM client. Most users would prefer having more options in one single app, with perhaps a unified address book or multiple account support or both.