We had told you earlier about the new MySpace Twitter sync that lets you send your MySpace updates to Twitter and vice-versa. But this feature is available only to U.S. users. In this article we will tell you a short trick so that anyone outside the US can also use this sync feature to sync their MySpace and twitter accounts. If you are a MySpace user from outside US and are unable to use the new Sync feature, then for the time being you can use the Sync between MySpace and Twitter feature by changing your country of residence to U.S.A. Here is how you do it.

Go to the Account Settings page of your MySpace profile and then change the country to U.S.A. by selecting it from the drop down menu as shown below. You might also like to read our detailed guide on how to sync Twitter and MySpace updates. 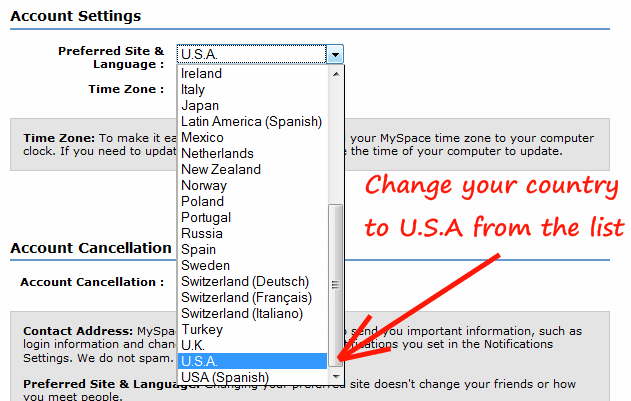 MySpace Tip: Twitter MySpace sync for non US users was originally published on Digitizor.com on September 22, 2009 - 1:38 am (Indian Standard Time)