Ubuntu 11.10 Will Be Called Oneiric Ocelot

Right from the beginning, every version of Ubuntu released has had a name which is made up of two words starting with the same alphabet - the first word an adjective and the second the name of an animal. From Ubuntu 5.10 "Breezy Badger", the names also follow an alphabetical order.

Ubuntu 11.04, which is currently being developed, is codenamed Natty Narhwal. So, the next one after that - Ubuntu 11.10 - is to be codenamed with something starting with "O". There were many suggestions for the name - we even thought that it might be called the "Oscillating Ocelot".

Since many would not be familiar with the words Oneiric and Ocelot (I was not!), here are the meanings:

Oneiric - Oneiric is means of or related to dreams - dreamy in another word. The noun form of Oneiric is Oneirism. [source]

Ocelot - The Ocelot is a nocturnal wildcat of Central America and South America having a dark-spotted buff-brown coat. The are also known as Dwarf Leopards, and has a length of about 68 to 100 centimeters without the tail and weight around 8-10 kilograms. [source] 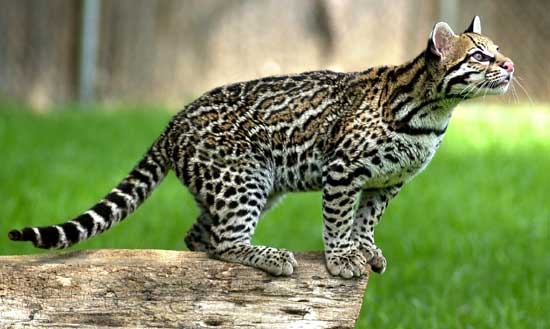 This is what Mark Shuttleworth wrote about the choice of the name "Oneiric Ocelot" over the other suggestions:

What we want is something imaginative, something dreamy. Something sleek and neat, too. Something that has all the precision of T S Elliot’s poetry, matched with the “effable ineffability” of our shared values, friendship and expertise. Something that captures both the competence of ubuntu-devel with the imagination of ayatana.

Do you think Oneiric Ocelot is a good name? Let us know in the comments.