Ubuntu 11.10 To Be Called Oscillating Ocelot?

Ok, there is no confirmation about this and Mark Shuttleworth is generally the one to announce the new name, so take this with a pinch of salt.

So, apparently Ubuntu 11.10 will be called Oscillating Ocelot. This fits the naming convention that Ubuntu follows, but so does about 50 other names.

This was tweeted by Matthew Paul Thomas, who works for Canonical as an interface designer for Ubuntu. But until I hear it from Shuttleworth or as an official announcement, I will continue to support Orgasmic Okapi.

Demystifying the codename Oscillating Ocelot, the Ocelot is a wild cat seen in South and Central America and Mexico including 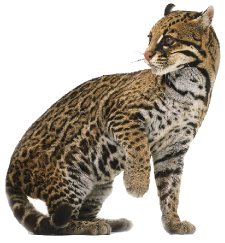 Texas and in Trinidad, in the Caribbean. The ocelot looks very similar to a domestic cat and it's fur resembles that of a Jaguar. It's fur was once regarded as valuable.