You Are Here: Home » General

“Ummm… Dell, there is no Internet Explorer for Ubuntu.”

Today I was going through Dell's Ubuntu offerings and I saw something funny. Dell recommended that I use Internet Explorer 8. So what? Well lets see - I was on an Ubuntu system and, as I have said, I was in their Ubuntu section. 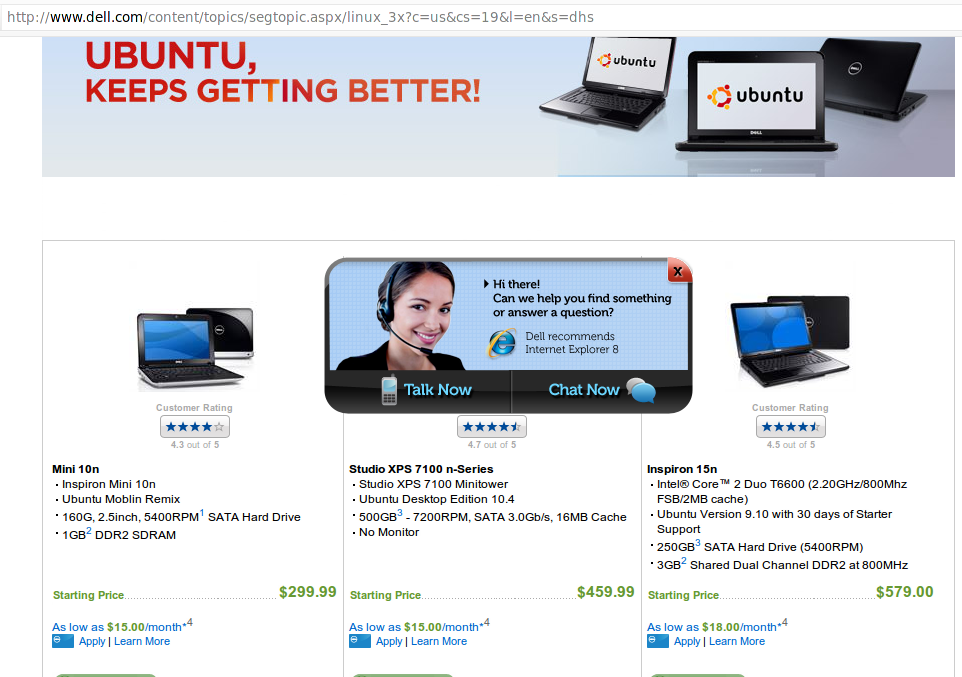 Didn't it occur to them that someone might be looking for Ubuntu systems because they want to move away from Windows? And they suggest a browser which will not work in the systems they are offering. What kind of marketing is that?

To be fair to Dell though, most of the people who come to their website are using Windows and it was probably just something that they did not think of. But still since they are offering Ubuntu systems now, they should at lest take care of this.

“Ummm… Dell, there is no Internet Explorer for Ubuntu.” was originally published on Digitizor.com on July 28, 2010 - 2:25 pm (Indian Standard Time)