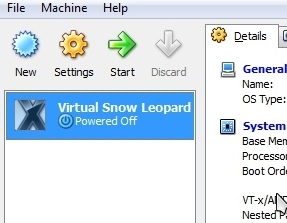 The second beta of VirtualBox 3.2 has been finally released and it includes an new feature - it can virtualize Mac OS X. Before you run off to install Mac OS X in VirtualBox, there is a bad news - it will only works on Apple hardware.

Other than this, other improvements include:

You can downlaod VirtualBox 3.2 Beta 2  from download.virtualbox.org and install it.

If you decides to try out this new feature, do let us know know how it feels.